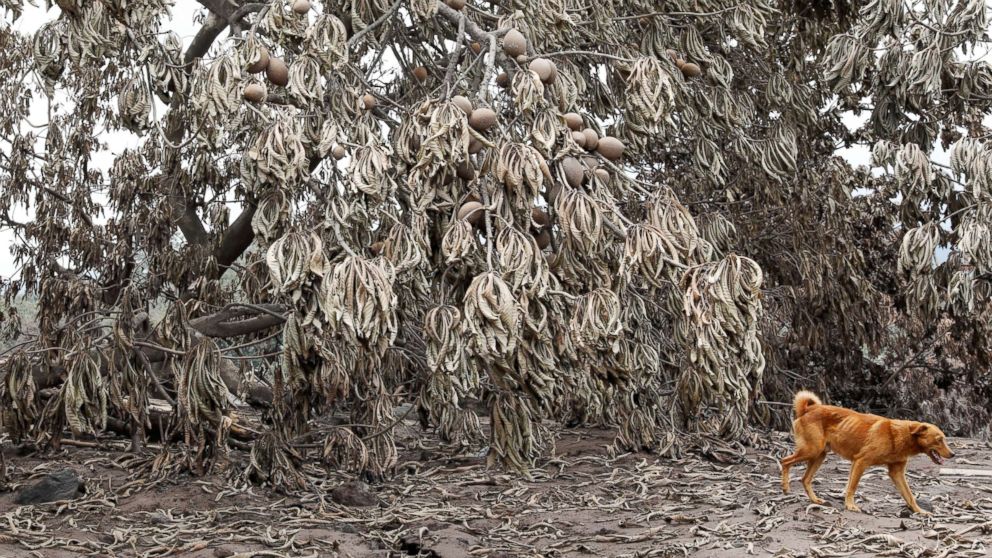 There was no time to eat. Sunday family lunches were interrupted, the food left on the table. Children abandoned toys, and clothes still hung on lines in backyards. Animals died petrified.

Guatemalan authorities reacted slowly to signs of the Fuego volcano’s impending eruption on June 3, contributing to one of the most tragic natural disasters in recent Guatemalan history.

The volcano rumbled to life early that Sunday. By midday, it was spewing ash in smoking columns miles high that then fell, dusting a wide swath of the Central American country.

But with the mountain’s rumbles and the first ash showers, many villagers made a fatal bet to stay put, gambling that the luck that had protected them for decades would hold once again.

In the afternoon things took a turn for the worse. Tons of ash propelled by scalding, toxic gases poured down Fuego’s flanks. These “pyroclastic flows” hit much faster, more lethal speeds than lava, dragging trees and giant rocks down onto villages in their path.

By the time most families in the worst-hit hamlets of El Rodeo and San Miguel de Los Lotes knew what was happening, they barely had time to run, if that.

“My family was having lunch, they left the plates of food and stopped eating and fled,” said Pedro Gomez, a 45-year-old welder. “They took nothing but their clothes on their backs.”

Now, everything in the previously lush, bright green landscape is coated in thick layers of sepia-colored volcanic ash, giving the place the eerie feeling of a ghost ship. Where once there was life, there is heat, dust and a lingering smell of sulfur.

In one home, the pages of a Bible are singed. Outside, cattle lay dead. A bass drum lay abandoned. In kitchens, there is food in pots ready to be served.

At least 110 people have died and close to 200 are thought buried under the rubble in the hamlet on the fertile lower slopes of the volcano. Fuego – Spanish for “fire” – rises between the regions of Sacatepequez, Escuintla and Chimaltenango about 30 miles (50 km) from Guatemala City, the nation’s capital.

Rescuers searching for bodies walked on the roofs of houses as if they were floors, digging down into buildings where they have found only corpses of those who stayed behind. Only a few dogs, chickens, rabbits and cats survived.

As the burning volcanic matter rushed at them, some escaped on foot, others by car.

“I took out the pickup truck and escaped with a lot of neighbors when we saw the smoke,” said Alejandro Velasquez, 46, a farmer.

Others with still less time ran through bushes and leaped across barbed wire and wooden fences to reach the main road of the town of Escuintla, near Los Lotes.

Many lost 10 to 50 relatives each, descendants of intertwining generations of a small families who settled in Los Lotes more than 40 years ago. They refuse to give up hope of finding relatives – or at least their remains.

“My entire family is missing,” said Jose Ascon. The young man argued with police who had temporarily halted rescue efforts after more flows from the eruption.

“I would give my life to find my family.”