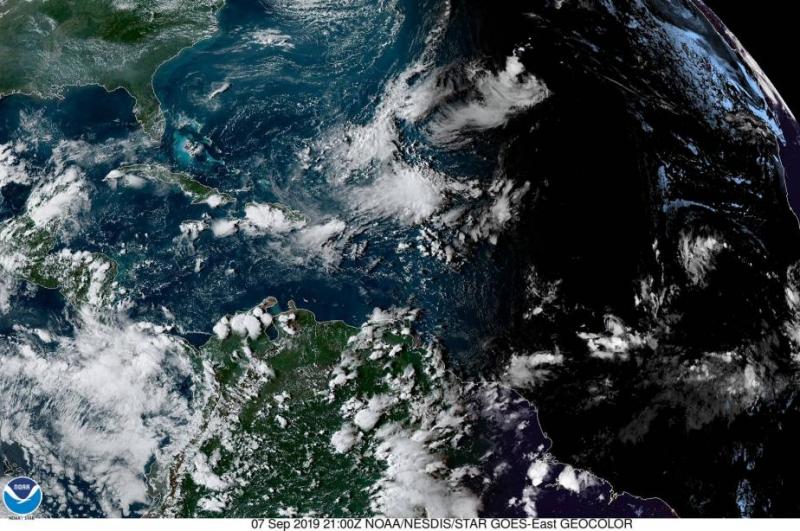 Sept. 5 (UPI) — Tropical storm Gabrielle will reach become a hurricane early next week as it begins northeastern trek toward Europe, but is no threat to land, the National Hurricane Center said Saturday.

In its 5 p.m. EDT update, the NHC said the center of Tropical Storm Gabrielle was about 1,180 miles west-southwest of the Azores. It had maximum sustained winds at 50 mph and was traveling west-northwest at 18 mph. He will become a hurricane if it reaches 74 mph wind speeds.

The NHC said Gabrielle presently poses no threat to land and the forecast shows it moving northwest through Sunday then forecast to re-curve toward the north and northeast on Monday and Tuesday.

It is forecast to reach hurricane strength by Tuesday, the National Weather Service forecast shows before dissipating Wednesday.

Gabrielle is the seventh named storm of the season, following Tropical Storm Fernand in the Gulf of Mexico.

As post-tropical systems, Dorian and Gabrielle will deliver a one-two punch of rain and gusty winds to Britain next week.

Since reaching peak strength while battering the Bahamas and the eastern United States, Dorian has downgraded to a Category 1 storm that lashed the Carolinas and is expected to hit Nova Scotia, Canada Saturday afternoon or night. By Tuesday or Wednesday Dorian may become a tropical depression.

“As Dorian moves through the northern part of the Atlantic Ocean, it will lose some of its tropical characteristics; however, it still has the potential to bring bouts of heavy rain midweek,” said AccuWeather Meteorologist Tyler Roys.

The heaviest rain looks to move into parts of Northern Ireland and Scotland, especially western Scotland, late in the day on Tuesday, continuing to move across the region through Wednesday.

After stirring up the waters of the Atlantic, Gabrielle will be the next tropical system to affect the Britain.

Just a day later, Gabrielle will pass through the waters of the North Atlantic Ocean between Iceland and northern Scotland.

Late Wednesday night, increasingly breezy conditions can be expected in Northern Ireland and Scotland, with the strongest winds expected during the day on Thursday.

Wind gusts in these areas during the day on Thursday could reach 50 mph (80 km/h), especially on hill tops and windward-facing coasts. With gusts reaching this magnitude, several impacts like tree damage, power outages and transportation delays are all possible.

Following the soggy conditions on Tuesday and Wednesday as Dorian moved through, the wet, loose soil may allow trees to topple more easily in the gusty winds.

Brisk conditions will continue in these regions into the evening before lessening late Thursday night.

“Unlike with Dorian earlier in the week, less rainfall is expected as Gabrielle passes to the north on Thursday,” Roys added.

Throughout the day on Thursday, most of the showers will be confined to Northern Ireland, Scotland and far-northern England. Rainfall amounts are unlikely to surpass 1 inch. The rest of the country will be dry.