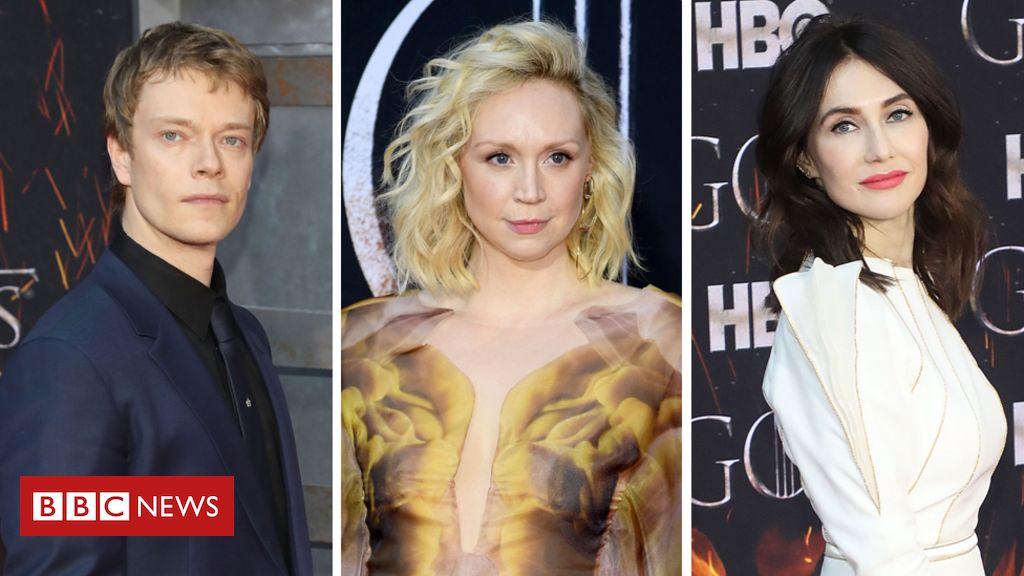 Game of Thrones star Gwendoline Christie, who was nominated for an Emmy on Tuesday, put herself forward for the award after network HBO did not.

Christie, who played Ser Brienne of Tarth in the fantasy TV drama, successfully submitted herself for best supporting actress in a drama series.

HBO confirmed to CBS News they put Lena Headey, Maisie Williams and Sophie Turner up for the gong instead.

Both went on to receive nominations as well.

She’ll be up against Game of Thrones co-stars Headey, Williams and Turner for the award, as well as Ozark’s Julia Garner and Fiona Shaw for Killing Eve.

Van Houten – who portrayed the darkly mercurial Melisandre – made the shortlist for best guest actress in a drama series. Meanwhile Allen – who played the downtrodden Theon Greyjoy – earned his nomination in the category for supporting actor in a drama series.

According to The Hollywood Reporter, Christie, Allen and van Houten will all have had to stump up the $ 225 (£180) entry fee for their nominations, adding it’s not uncommon for actors to do so.

In 2011, then sitcom newbie Rob Lowe entered himself in the lead comedy actor category for Parks and Recreation, despite playing what many considered to be a supporting role in the NBC ensemble series.

Prior to that, Friends actor Matthew Perry also withdrew his Emmy nomination in 2000 after learning NBC had submitted him in the lead actor category, when the cast had an agreement only to compete in the supporting categories.

Earlier this week, entertainment writer Jillian Sederholm took the opportunity to remind the world that before becoming a critically acclaimed actor, Allen was once the butt of the joke/cause for concern for his older pop star sister, Lily.

She sang about him wasting his life away on her 2007 track Alfie, from her debut album.

The lyrics for the song, which was trending again this week, include the lyrics: “I just can’t sit back and watch you waste your life away / You need to get a job because the bills need to get paid”

Sederholm wrote on Twitter: “Imagine your famous pop star sister writes a whole song literally named after you about what a stoner jobless loser you are, and then you become one of the best characters on the most popular TV show in the world and get an Emmy nomination for it.”

Lily herself wrote on Instagram of her brother’s success: “No one deserves it more. I am so proud of him… Go Alf!!!!!”

In total, Game of Thrones recorded a record-breaking 32 nominations for the 2019 Emmys, the highest total for any programme in a single year.