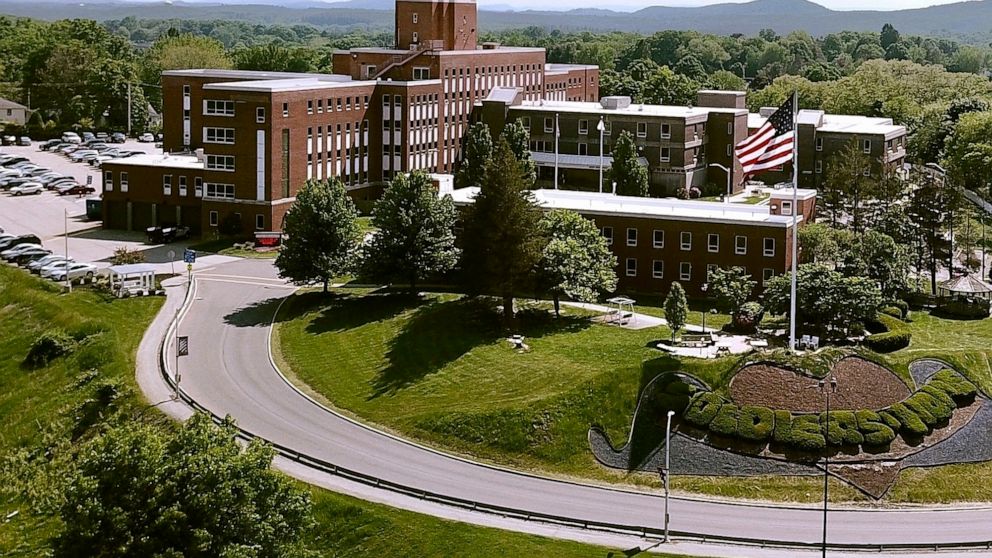 WASHINGTON — Big gaps in federal oversight of long-term care facilities for aging veterans may have contributed to rampant coronavirus infections and more than 200 deaths at state-run homes, according to a congressional watchdog agency.

The Government Accountability Office found the U.S. Department of Veterans Affairs failed for years to require robust inspections at over 150 state-run veterans homes nationwide and to make sure all deficiencies were rectified, even as it regularly doled out federal dollars for the care.

That could have made a bad situation worse in places like the Soldiers’ Home in Holyoke, Massachusetts, one of 50 veterans homes nationwide where VA is the only federal agency monitoring it, according to GAO. A recent investigation conducted for the state of Massachusetts found the superintendent there was not qualified to run a long-term care facility, and that officials with a state agency were aware of his “shortcomings,” but failed to do enough about it.

By law, VA is barred from making federal payments until facilities meet standards of quality care.

“VA needs to continue to strengthen its oversight,” Sharon Silas, director of health care at GAO, told a House panel Wednesday. Her team is conducting a wider investigation of VA’s oversight into the facilities in light of surging coronavirus deaths.

She said infection control methods such as washing hands and isolating residents — a problem at Holyoke — have been among the most prevalent but also overlooked safeguards at nursing homes.

“It is imperative that VA ensure the health and safety of these veterans,” Silas said.

At least 158 residents of the 278-bed Massachusetts facility, or 57%, have tested positive for COVID-19. At least 76 residents have died. Similar outbreaks have occurred in New Jersey, where more than 80 have died due to COVID-19, as well as Pennsylvania, more than 40, and elsewhere.

In the House hearing, lawmakers heard tales of missed opportunities and disarray in addressing the coronavirus outbreak, including shortages of personal protective equipment and delays in testing. Many of the COVID-19 outbreaks happened after asymptomatic staff unknowingly brought in the virus from hot-spot communities, underscoring the need for robust testing, said Melissa Jackson, president of the National Association of State Veterans Homes.

The VA still does not have capability to conduct testing among all residents and employees who may need one, and state-run homes have been a lower priority in getting federal help.

“I am not convinced they are prepared to deal with a second wave,” said Paul Barabani, a former director of the Massachusetts veterans home who is now an advocate for the Holyoke Soldiers’ Home Coalition.

Still when pressed on who’s in charge of ensuring quality care, the answers were vague.

“That is something we have not discussed,” said Jackson, when asked if her group would support the VA taking greater control. “Any death of any veteran is a tragedy and we all need to learn … any investigation will benefit all of us.”

“We respect the autonomy of the states,” replied Dr. Teresa Boyd, a VA assistant undersecretary for health.

Florida Rep. Neal Dunn, the top Republican on the House Veterans Affairs health panel, pointed out that these are state veterans nursing homes and said the states, not the VA, have the ultimate responsibility for management..

“That said, the VA undoubtedly has a special relationship with the state veterans homes and … given the unique circumstances, now is a good time for us to reevaluate that relationship,” he said.

Lawmakers said they found it troubling that GAO urged VA more than a year ago to address problems of lax oversight, but got little response. VA now says it is seeking to speed up some of the fixes, which could take up to two years.

“As it stands now, I have to wonder: how many lives could have been saved at state veterans homes during this pandemic if there had been stronger, more consistent oversight on the part of VA?” said Rep. Mark Takano, D-Calif., who chairs the House Veterans Affairs Committee.

Boyd insisted that VA has no control over state-run facilities. She said that as early as March VA was holding town halls, providing informational checklists and other guidance to the veterans homes and ultimately sent hundreds of VA doctors and nurses to assist the state facilities.

In contrast to those facilities, nursing homes fully operated by VA have had few infections after it early on imposed lockdowns and other safeguards to keep the virus out of facilities.

Rep. Julia Brownley, D-Calif., who heads the House Veterans Affairs subcommittee on health, called the disparities unacceptable. “We have a moral and ethical obligation to ensure that residents of state veterans homes are afforded similar access to safe, high-quality care and protections during this pandemic,” she said.

About 40,000 residents of long-term care facilities nationwide, both veteran and non-veteran, have died of COVID-19—accounting for an estimated 40% of all coronavirus deaths in the U.S. But it’s not known how many of these happened at state-run veterans homes because not all of them are required to report coronavirus infection and death rates to VA.

The Centers for Medicare and Medicaid Services provides oversight for about two-thirds of state-run veterans homes that receive Medicare or Medicaid payments.

According to GAO, VA was lax with inspections and allowed a contractor to classify potential safety problems at veterans homes that were seen as “minimal harm” as a recommendation, rather than a deficiency. VA also allowed the contractor to grant on-site corrections so a veterans home could avoid a formal citation. VA said Wednesday it would change their practices.

“At the end of the day, if the VA is not doing its job of inspections and oversight, we’re going to lose more lives,” Brownley said.

VA pays over $ 1 billion each year to state-run facilities to care for 20,000 of the nation’s veterans, representing over half of the 39,000 veterans that receive VA-funded nursing home care.