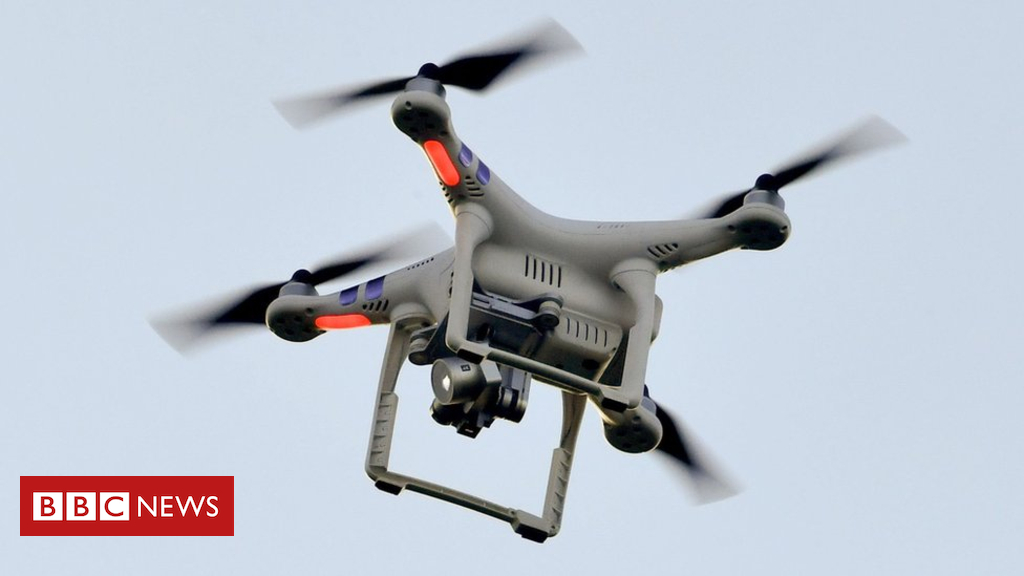 Rogue drones “deliberately” flown over one of the UK’s busiest airports caused travel chaos this week.

Incoming planes were forced to divert to airports up and down the country as the drones, or unmanned aerial vehicles (UAVs), repeatedly appeared over the airfield at London’s Gatwick Airport.

The situation was so serious the Army was called in to support the local police in tackling the issue, with the runway finally re-opening on Friday morning.

For some time now, governments around the world have been looking at different ways of addressing the dangers of drone use in areas where they pose safety risks.

Here we look at some of the solutions – ranging from bazookas to eagles.

Such technology can be integrated into existing airport systems and can have a reach of several miles.

It can then be used to effectively “jam” the communication between a device and its operator, causing it to initiate a default mode that sends it back to where it came from.

One company that has developed this method is Quantum Aviation, which provided the technology to counter possible threats from drones targeting the London 2012 Olympics.

China has also developed a signal-jamming gun that can reportedly down drones from half a mile away.

One way, and perhaps the most obvious, is to shoot them down.

But police dealing with the issue at Gatwick Airport have said they will not use this method because of the risk of stray bullets.

However, a number of companies have produced hand-held or shoulder-mounted devices that can be used to fire nets at rogue drones, trapping them and preventing the blades from rotating, causing them to fall from the sky.

British engineering company OpenWorks has also developed a large bazooka, the SkyWall100, which fires a net and parachute at a target, using a scope for accuracy.

The SkyWall100 system has been issued to security forces and government agencies in Asia, Europe and North America.

Security firms have also found a way of using “interceptor drones” that can lock onto a target, release a net and disable it in mid-air.

This type of system was deployed at the Winter Olympics in South Korea in February, and has been used by police in Tokyo for the last three years.

France has also used this technique, successfully demonstrating that one drone equipped with a net can catch another.

Lasers are another option: both the US and China have experimented with technology that can shoot down a device within seconds of locating it.

Engineering company Boeing has developed a high-energy beam that locates and disables small drones from several miles away. It is said to use infrared cameras that can work in low visibility, such as fog.

Earlier this year, China demonstrated a laser gun at a weapons exhibition in Kazakhstan. The so-called “Silent Hunter” was claimed to be effective in helping police intercept drones and other small aerial targets with “high accuracy”.

Meanwhile, the Netherlands has discovered a low-tech solution to the high-tech problem.

Police there have trained eagles to bring down “hostile” drones by latching on to the propellers with their talons, instantly disabling them.

Trainers say the eagles see the drones as prey and are not interested in attacking anything else when released.

Dutch police are believed to be the first in the world to have implemented this method.

It is already illegal to fly a drone within 1km (about 1,100 yards) of an airport or airfield boundary in the UK – but regulations in other countries vary.

Drone users in the US have to notify air traffic control in advance if they plan to fly their devices within 8km of an airport. All drones must also be registered, according to the drone community website UAV Coach.

In Canada, drones cannot be flown within 5.6km of any airport, seaplane base or area where aircraft can take off and land. This is reduced to 1.9km for heliports. Similar laws apply in Sweden.

Permits are also required in Germany – although the restrictions for airport boundaries are similar to those in the UK, at 1.5km – and Spain, where devices must also be insured.

Laws in South Africa, however, are strict. It is illegal to fly devices within 10km of an airport, helipad or airstrip, and they can only be operated elsewhere during daylight hours and in clear conditions.

In 15 countries, including Saudi Arabia and Iraq, it is illegal to fly a drone at all.