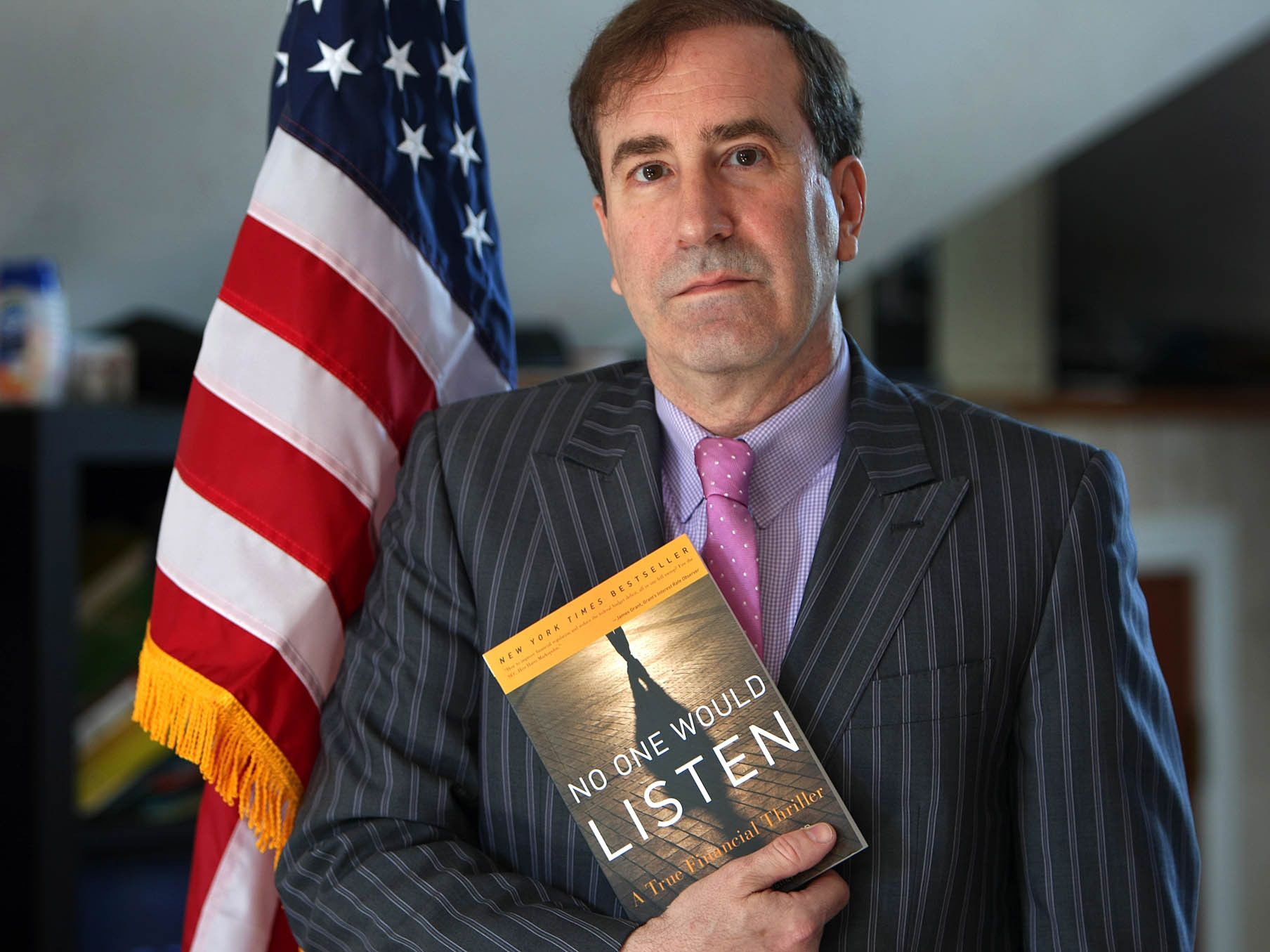 Fraud finder Harry Markopolos took GE stock down more than 11% in one day with a dizzying array of charts and numbers, but also some choice words accusing analysts, ratings agencies and GE’s management of Enron-era behaviors.

A day later, GE stock rebounded nearly 10% on Friday after GE CEO Larry Culp invested $ 2 million on the dip and analysts came to GE’s rescue, mostly calling Markopolos’ claims inaccurate or based on old news that was already baked into GE’s stock price.

Markopolis, known for discovering Bernie Madoff’s scheme, accused GE of using fake revenues and earnings, hidden debts and losses, unreadable financial statements, misleading disclosures and other accounting tricks to perpetrate a $ 38 billion fraud. Markopolos also said he wrote his report for an unnamed hedge fund with a short position on GE stock. The market’s reaction on Friday was decidedly dismissive.

Markopolos’ website, gefraud.com, fashioned GE’s logo to look similar to Enron’s. “GE utilizes many of the same accounting tricks as Enron did, so much so that we’ve taken to calling this the ‘GEnron’ case,” he wrote in his report.

He extended his accusations to actuaries, auditors and analysts who he claims overlooked billions in liabilities in GE’s long-term care insurance business. Here’s a selection of his barbs:

“GE was able to hide its LTC liabilities for a long, long time because its actuaries are about as independent at KPMG, GE’s auditor for the past 110 years, and the ratings agencies. All are getting paid by GE, so of course they’ll never question GE’s LTC reserves.”

“GE might have survived LTC if it had a competent CEO. Unfortunately, GE’s CEO was Jeff ‘Two-Jet’ Immelt, an executive who excelled at overpaying for value-destroying purchase such as Alstom and Baker Hughes just in time for cyclical downturns.”

“I want to express my sympathy to the one million people who count on GE for either salaries, healthcare or pensions. Make no mistake, GE’s current and past employees are victims here as are GE’s lenders, vendors and customers, all of whom have to deal with the aftermath of an accounting fraud. The only winners here are GE’s fat cat executives who enriched themselves with undeserved bonuses as they drove this proud beacon of American business into the ground.”

Markopolos’ rhetoric leavened a report heavy on complex accounting issues. But it doesn’t appear to be making him any allies in his quest to expose. Nick Heymann, co-group head of global industrial infrastructure at the William Blair financial services firm, accused him of simply throwing a Molotov cocktail.

“You got the stock on sale yesterday for absolutely no basis,” Heymann told CNBC on Friday

Markopolos set a high bar for his work predicting that GE will file bankruptcy. “Worldcom and Enron lasted about 4 months,” Markopolos said on CNBC’s “Squawk on the Street” on Thursday. “We’ll see how GE does.”

Still unknown is the hedge fund that paid Markopolos to write his report and when it will cash out its short position. But for now, Markopolos got his digs in and he may already be counting his profits.