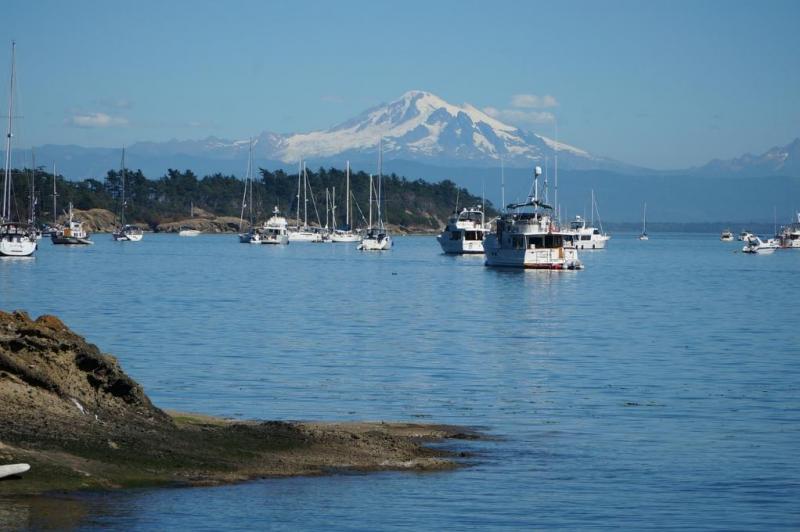 Today, scientists use GPS to track the elevation changes caused by episodic tremors and slow slip earthquakes, but the Global Positioning System has only been in operation since 1995. Researchers have been tracking water levels for much longer.

The new analysis technique — detailed this week in the journal Bulletin of the Seismological Society of America — could allow researchers to probe pre-GPS tide gauge data for unique seismic patterns called episodic tremor and slip events, or ETS.

“The part of the fault that is slipping during [an episodic tremor and slip] can’t be totally locked, because it is experiencing periodic slow earthquakes, so that area sort of defines the edge of what could theoretically slip, producing destructive seismic waves, during a megathrust earthquake,” lead author Sequoia Alba of the University of Oregon said in a news release.

“How destructive [a megathrust earthquake] would be to the people and cities of the Pacific Northwest will depend largely on where on the interface the earthquake happens — in this case, how far inland it happens — because the intensity of shaking is dependent on distance,” Alba said. “If the part of the fault that slips during an earthquake is beneath the ocean floor miles out to sea, for example, that will be less damaging to cities like Portland and Seattle than if the slip patch is directly beneath those cities.”

Alba and her colleagues surveyed water level data collected by tide gauges along the Pacific Northwest Coast — gauges anchored in the Juan de Fuca Strait and Puget Sound, as well as in the coastal waters of Port Angeles, Port Townsend, Neah Bay and Seattle.

As land uplifts, the water levels should appear to drop. Scientists built a model to identify uplift patterns caused by episodic tremors and slow slip earthquakes. Researchers compared with GPS data collected between 1995 and 2011, to see if their efforts were successful.

“Our results are too preliminary to characterize how ETS changes, or if ETS was present during the pre-GPS era, but there does appear to have been a change,” scientist wrote in their paper.