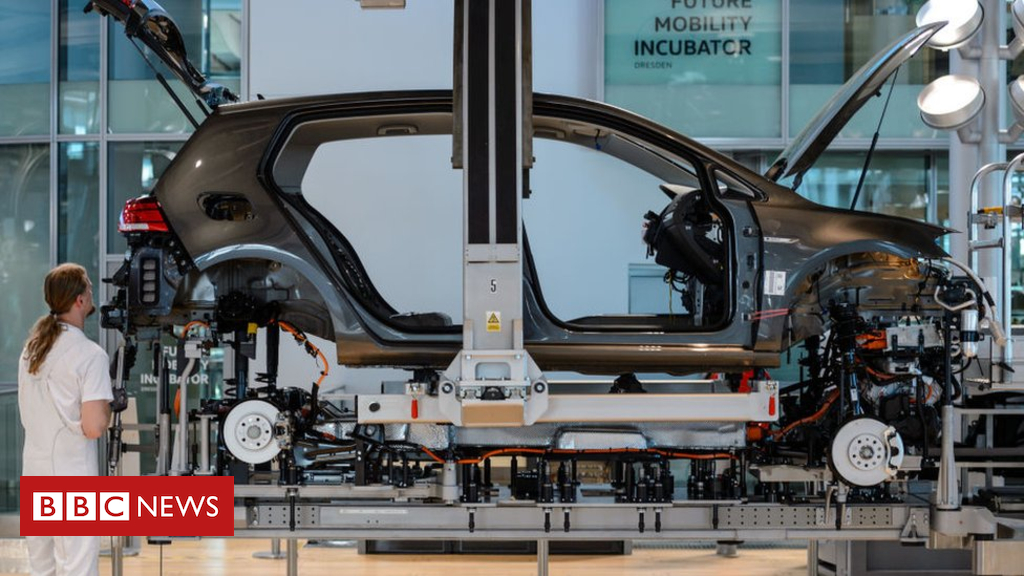 A weaker global economy and problems in the car industry, caused by new pollution standards, have been cited as contributing to the slowdown.

Germany’s economy had shrunk in the third quarter of the year, by 0.2%, with global trade disputes blamed for the contraction.

There were fears that Germany was at risk of following that with another quarter of negative growth, something that would have put the country into recession.

The statistics office has not released fourth-quarter figures yet, as it does not have enough data to give an accurate reading.

But initial calculations by independent economists suggest the economy may have grown by about 0.2% in the final three months of the year.

Reasons for slower growth last year include a slowdown in the global economy and a weaker car sector, with German consumers less willing to buy new cars amid confusion over new emission standards.

In addition, low water levels, particularly in the Rhine, affected growth by holding back movement of some goods.

Claus Vistesen, chief eurozone economist at Pantheon Macroeconomics, said the best guess was that the German economy had avoided recession, but the main story was still that the economy had lost pace, “thanks mainly to a slowdown in consumers’ spending and exports”.

“Looking ahead, we think consumption will pick up. Real wage growth is firm, and the recent plunge in growth of goods spending won’t be sustained.”