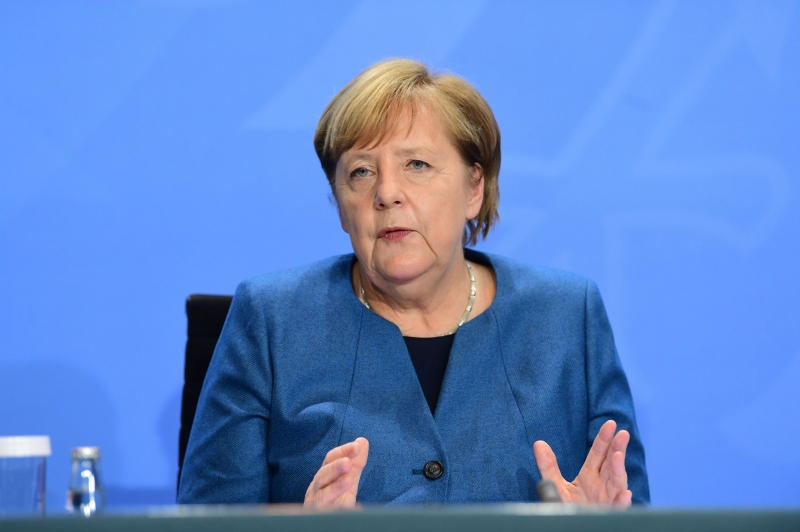 German Chancellor Angela Merkel announced a four-week shutdown for restaurants, bars, theaters and other entertainment venues beginning Monday. Schools, shops and places of worship will remain open, and restaurants will be allowed to provide take-out.

She called on Germans not to undertake unnecessary travel or hold social gatherings.

She said the decision was made with the consultation of the country’s governors.

“If the tempo of infections stays the same, we will reach the capacity of our healthcare system within weeks,” Merkel said in a news conference. “That’s why it’s completely clear that we need to act, and act now.

Germany reported 14,964 new cases Tuesday, the largest number of new cases since the start of the pandemic. There were 85 deaths, according to the Robert Koch-Institut, Germany’s federal public health agency.

The country’s springtime high was 6,294 new daily cases in March.

“We no longer have control of the spread of the virus,” Merkel said.

The new stay-at-home order, which begins Friday, allows people to only leave home to go to work, school, a medical appointment, help loved ones, do essential shopping or exercise. It also bans travel between regions, closes bars, restaurants and other non-essential businesses, and mostly closes the international border.

The order encourages all people to work and attend school from home.

Schools will remain open, as will essential businesses, most public services, factories, farms, construction sites and retirement homes. The EU borders also will remain open and French citizens can return home from out of the country.

Macron said the new lockdown will remain in place until Dec. 1 and officials will reassess the situation in two weeks.

“We were all surprised by the acceleration of the epidemic,” he said. “We must remain united and in solidarity and not give in to the poison of division. This is a difficult time, but it is a sign of who we are, women and men who are bound together.

The French government reported 22,417 new daily cases for Tuesday, a 120% increase over the past two weeks. There were 523 deaths Tuesday.

France hit a record 52,000 daily cases on Sunday. Daily cases in the spring peaked around 7,500 at the end of March.

Since the start of the pandemic, France has confirmed more than 1.2 million cases and 33,417 deaths.

Macron also announced new economic support to assist individuals and businesses hurt by the new lockdown. Small businesses can receive $ 11,700 per month, while employees will receive short-term unemployment assistance. There will also be support for those needing help with rent.

The spread of the novel coronavirus has been on the rise worldwide, with 452,000 new cases reported Tuesday — a 36% increase over the past two weeks — and 7,265 deaths.

Since the start of the pandemic, there have been 44.2 million cases and more than 1.1 million deaths, according to The New York Times’ coronavirus tracker.