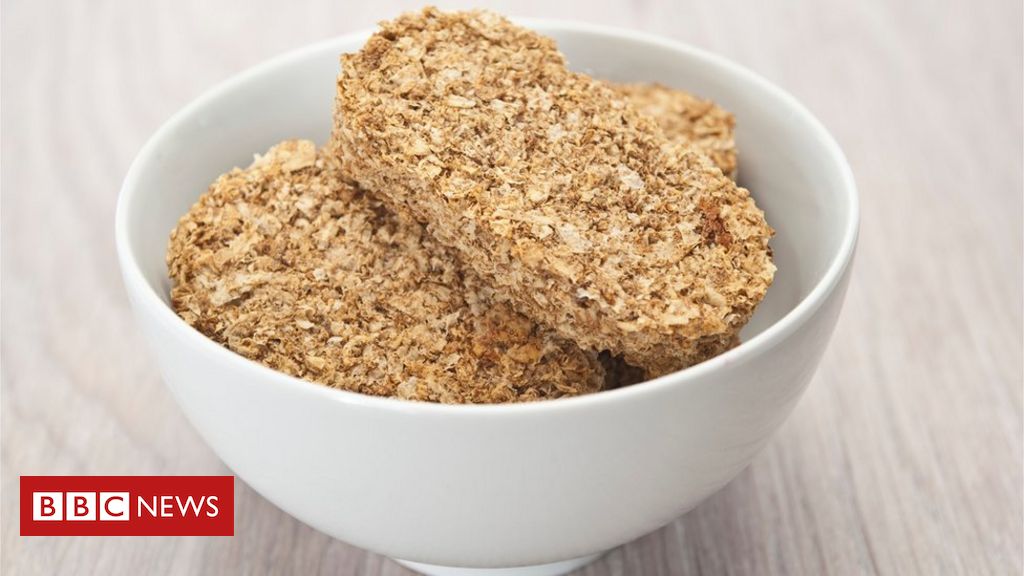 The findings are “really exciting” but larger trials are needed before any benefits can be confirmed, says the King’s College London team.

Current advice is that babies should only be given solids from six months.

Coeliac disease is caused by a bad reaction to gluten, found in wheat, barley and rye.

It affects around 1% of children and adults, and can cause symptoms such as diarrhoea, bloating and vomiting, because of damage caused to the lining of the gut.

Scientists have discovered that introducing tiny doses of peanuts in children with severe peanut allergies could slowly build up their tolerance, and the same approach is being tried with other foods.

As part of the EAT study, published in JAMA Pediatrics, scientists looked at the effects of babies consuming gluten two months earlier than normal, alongside breast milk.

One group of 488 babies had two Weetabix per week, or 4g of wheat protein, from the age of four months.

Another group of 516 were not introduced to gluten until six months old, as NHS guidance recommends.

Dr Kirsty Logan, study author and researcher in paediatric allergy at King’s College London, said the numbers were small but the evidence “points in the right direction”.

“Early introduction of gluten and its role in the prevention of coeliac disease should be explored further,” she said.

To date, studies exploring this area have varied in the amount of gluten given to babies and when it was introduced, resulting in no solid evidence.

Researchers are still not clear exactly why it might be a good thing to give babies an early taste of gluten – but Dr Logan has a theory.

“It would appear that there’s a short window of opportunity while the immune system is developing, to programme it in a different way,” she explained.

UK guidelines say that until babies are six months old, breast milk or first infant formula provide all the energy and nutrients they need.

Breastfeeding for the first six months will also help protect babies against illness and infections.

At six months, babies will be better able to cope with solid foods and feed themselves, NHS advice says.

Dr Baptiste Leurent, assistant professor in medical statistics, at the London School of Hygiene & Tropical Medicine, cautioned that the numbers in the study were very small and “could have happened by chance alone”.

He also said the difference in the two groups could have been due to other allergenic foods introduced early, such as milk or peanuts.

“Other studies have found an effect toward the other direction, and is it is therefore too early to suggest any change in the baby’s diet to the public.”