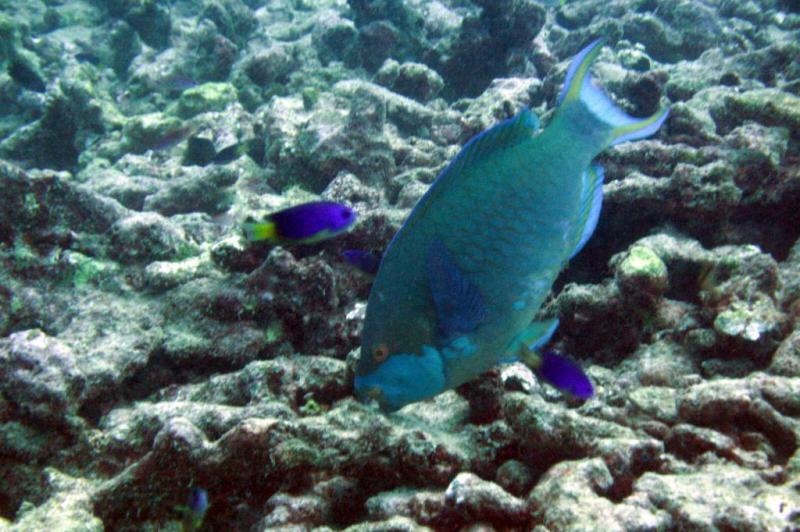 April 24 (UPI) — For decades, conservationists have relied on marine reserves, protections that limit human activities like fishing across portions of the ocean, to increase biodiversity and fish biomass.

In addition to protecting vulnerable ecosystems, marine reserves have helped scientists study the best strategies for conserving marine species and their habitats. But new research suggests marine preserves and their protective abilities are wilting under the pressure of rising global temperatures and repeated coral bleaching events, erasing decades of progress.

“Climate change is so fundamentally changing the structure and composition of coral reef ecosystems, that the way the ecosystem functions and responds to common management and conservation approaches needs to be carefully re-evaluated,” Nick Graham, professor of marine ecology at Lancaster University in Britain, said in a news release. “The rules we have come to rely on, no longer apply.”

To better understand how global warming has impacted marine reserves, Graham and his colleagues analyzed coral bleaching events among 21 reefs over a 20-year period, including a 1998 bleaching event that killed 90 percent of the coral surrounding the Seychelles.

Graham and his research partners published the results of their analysis Friday in the journal Nature Communications.

“They no longer supported higher coral cover compared to adjacent fished areas, and their role in enhancing biodiversity decreased,” Graham said. “Plant-loving fish, such as rabbitfish and parrotfish, dominated fish communities. This was the case for reefs where corals were recovering, as well as reefs transformed and dominated by seaweed.”

Often, preserves are established to protect large species, the types of fish that are vulnerable to commercial fishing. But in the wake of bleaching events, scientists found the number of carnivorous fish like grouper quickly decline. When coral die and reefs decline, the numbers of smaller prey species drop. As a result, larger species are less likely to seek refuge inside marine reserves.

But while global warming has reduced the efficacy of many marine reserves, they are not yet obsolete. Researchers argue they are still an important conservation tool.

“It is encouraging that marine reserves continue to protect some species, especially when these species are critical for local fisheries,” said Shaun Wilson, research scientist with Western Australia’s Department of Biodiversity, Conservation and Attractions.

“Although these reordered marine reserves are less biodiverse, they are still important to maintain,” said Gilberte Gendron of the Seychelles National Parks Authority. “This is because, when compared to openly fished areas, they still protect higher levels of fish biomass of species that are important to our local fisheries. For example, the protected herbivorous fish can spill out into openly fished areas and help support adjacent fisheries.”

Scientists hope their latest findings will inform future conservation efforts. Researchers recommend the next marine reserves be established around coral reefs where warming rates are slowest.