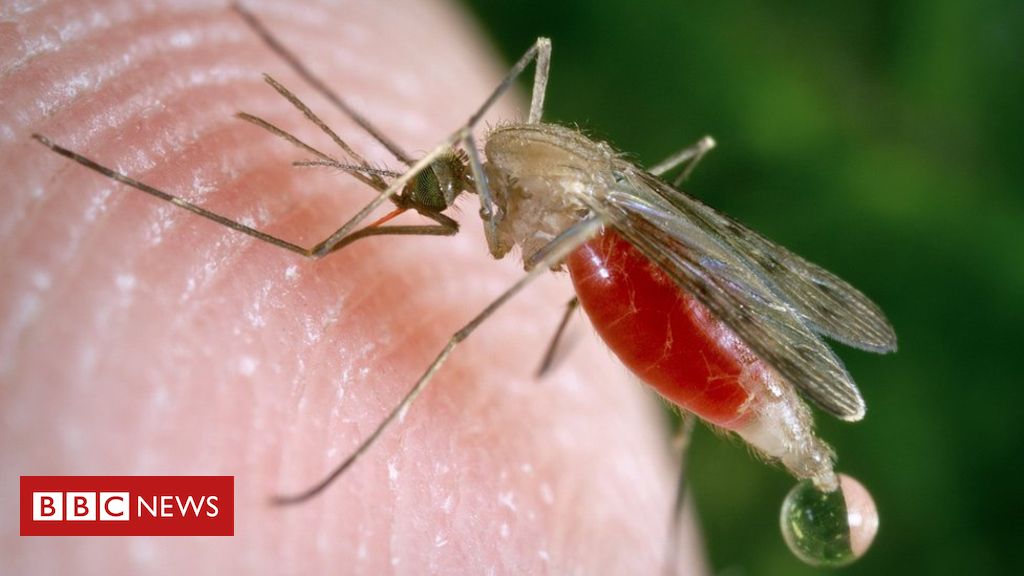 A fungus – genetically enhanced to produce spider toxin – can rapidly kill huge numbers of the mosquitoes that spread malaria, a study suggests.

The researchers say their aim is not to make the insects extinct but to help stop the spread of malaria.

The disease, which is spread when female mosquitoes drink blood, kills more than 400,000 people per year.

Worldwide, there are about 219 million cases of malaria each year.

Conducting the study, researchers at the University of Maryland in the US – and the IRSS research institute in Burkina Faso – first identified a fungus called Metarhizium pingshaense, which naturally infects the Anopheles mosquitoes that spread malaria.

The next stage was to enhance the fungus. “They’re very malleable, you can genetically engineer them very easily,” Prof Raymond St Leger, from the University of Maryland, told BBC News.

They turned to a toxin found in the venom of a species of funnel-web spider in Australia.

“A spider uses its fangs to pierce the skin of insects and inject toxins, we replaced the fangs of spider with Metarhizium,” Prof St Leger explained.

Laboratory tests showed the genetically modified fungus could kill quicker, and that it took fewer fungal spores to do the job. The next step was to test the fungus in as close to real-world conditions as possible.

A 6,500-sq-ft fake village – complete with plants, huts, water sources and food for the mosquitoes – was set up in Burkina Faso. It was surrounded by a double layer of mosquito netting to prevent anything escaping.

The fungal spores were mixed with sesame oil and wiped on to black cotton sheets. The mosquitoes had to land on the sheets to be exposed to the deadly fungus. The researchers started the experiments with 1,500 mosquitoes.

The results, published in the journal Science, showed numbers soared when the insects were left alone. But when the spider-toxin fungus was used, there were just 13 mosquitoes left after 45 days.

Tests also showed the fungus was specific to these mosquitoes and did not affect other insects such as bees.

He added: “Our technology is not aiming to drive the extinction of mosquitoes, what we’re aiming to do is break malaria transmission in an area.”

New tools are needed to tackle malaria as mosquitoes are becoming resistant to insecticides. The World Health Organization has warned that cases are now increasing in the 10 worst affected countries in Africa.

Commenting on the findings, Prof Michael Bonsall, from the University of Oxford, said: “Neat – this is a super-exciting study.

“The prospects for controlling mosquitoes using this modified fungus are high.

“Proportionate bio-safety regulations are needed to ensure that the viability of this and other approaches for vector [mosquito] control using genetic methods are not lost through overly zealous restrictions.”

Dr Tony Nolan, from the Liverpool School of Tropical Medicine, added: “These results are encouraging.

“We need new and complementary tools to augment existing control methods, which are being affected by the development of insecticide-resistance.”