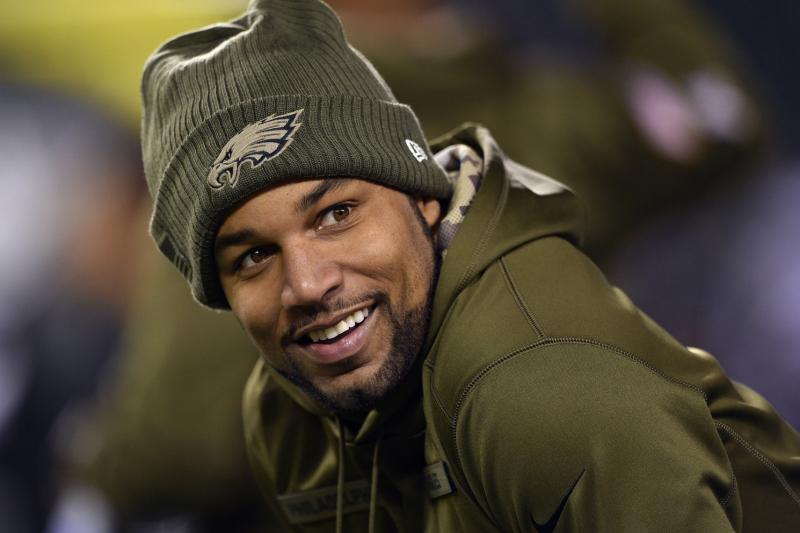 July 16 (UPI) — Golden Tate has played for three different NFL franchises during his football tenure and thinks Matthew Stafford is the best quarterback with whom he has ever played.

Tate said as much during an interview with ClickOnDetroit.com. The 2014 Pro Bowl selection played for the Seattle Seahawks, alongside superstar Russell Wilson for four seasons. He joined the Detroit Lions in 2014, playing with Stafford.

Tate was traded to the Philadelphia Eagles in October, where he played with Carson Wentz and Super Bowl MVP Nick Foles.

“I think Stafford has been the best quarterback I’ve played with,” Tate said. “The guy can flat out play, he’s tough, and his attitude is amazing and he just wants to play ball. For me I have nothing but praises for him. It’s almost unfair he’s such a great player and doesn’t have a ring to show for it.”

Tate said maybe things would be different for Stafford if he played for another franchise, when it comes to playoff success.

“I’ve played with some guys over my years that I’ve won playoff games with that I don’t think are as good,” Tate said.

Tate will now be paired with Eli Manning and Daniel Jones in his first season with the New York Giants.

Stafford is 0-3 in the playoffs during his 10-year career.

Wilson, 30, was the No. 6 quarterback in the league last season, according to Pro Football Focus. The five-time Pro Bowl selection and 2014 Super Bowl champion. Wilson led the league in touchdown passes (34) in 2017. He threw for a career-best 35 scores in 2018. Wilson is also 8-5 in the playoffs during his decorated NFL career.

Wentz was the No. 14 quarterback in the NFL last season, according to Pro Football Focus. He made the Pro Bowl in his second season and has a career quarterback rating of 92.5. The No. 2 overall pick in the 2016 NFL Draft has not started a playoff game due to numerous injuries, but was an MVP candidate in 2017.

Tate had the only 1,000-yard seasons of his career (three times) during his tenure with the Lions.