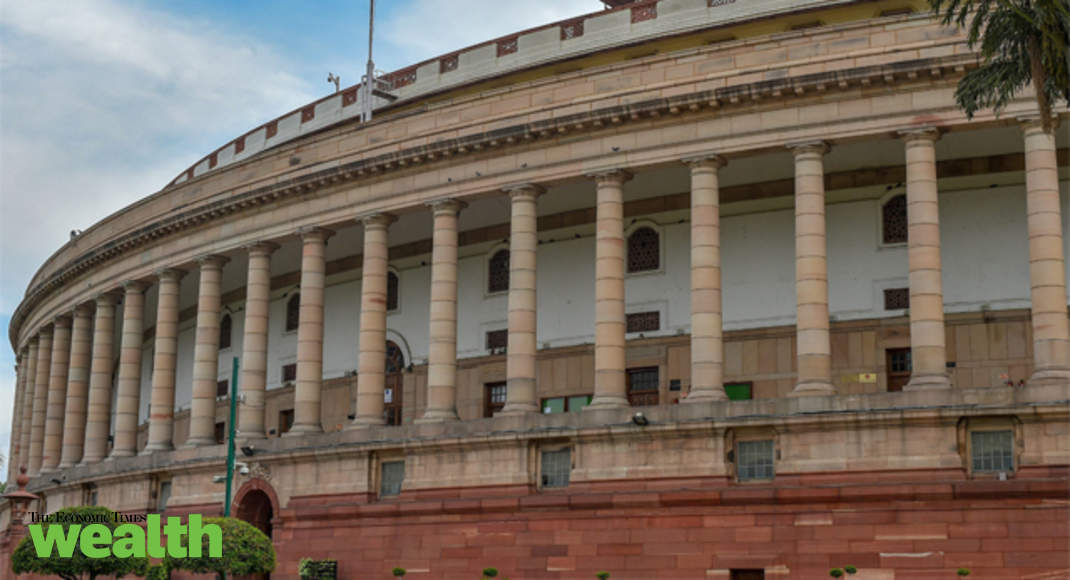 The bill seeks to help tackle the menace of illicit deposit taking activities in the country, which at present are exploiting regulatory gaps and lack of strict administrative measures to dupe poor and gullible people of their hard earned money, according to the government.

The bill was introduced by Finance Minister Nirmala Sitharaman in the Lower House amid noisy protests by Congress members over the ongoing political crisis in Karnataka.

The banning of Unregulated Deposit Scheme Bill, 2018 was considered by the Lok Sabha in February and after discussion, the same was passed.

However, before the same could be considered and passed in the Rajya Sabha, the House was adjourned sine die on the same day.

The bill seeks to provide for a comprehensive mechanism to ban the unregulated deposit schemes, other than deposits taken in the ordinary course of business, and to protect the interest of depositors.

The legislation has adequate provisions for punishment and disgorgement or repayment of deposits in cases where such schemes nonetheless manage to raise deposits illegally.

The statement of Objects and Reasons of the bill seeks to put in place a mechanism by which the depositors can be repaid without delay by attaching the assets of the defaulting establishments.

The bill ensures that no hardship is caused to genuine businesses, or to individuals borrowing money from their relatives or friends for personal reasons or to tide over a crisis.

“No deposit taker shall directly or indirectly promote, operate issue any advertisement soliciting participation or enrolment in or accept deposits in pursuance of an unregulated deposit scheme,” it said.

It also provides for severe punishment ranging from 1 year to 10 years and pecuniary fines ranging from Rs 2 lakh to Rs 50 crore to act as deterrent. The bill has also proposed adequate provisions for disgorgement or repayment of deposits in cases where such schemes nonetheless manage to raise deposits illegally.

It will enable creation of an online central database for collection and sharing of information on deposit-taking activities in the country.

Being a comprehensive union law, it adopts best practices from state laws, while entrusting the primary responsibility of implementing the provisions of the legislation to the state governments.

As per information provided by the RBI, during the period between July 2014 and May 2018, 978 cases of unauthorised schemes were discussed in State Level Coordination Committee (SLCC) meetings in various states/UTs and were forwarded to the respective regulators/law enforcement agencies in the states.

A large number of such instances have been reported from the eastern part of the country.