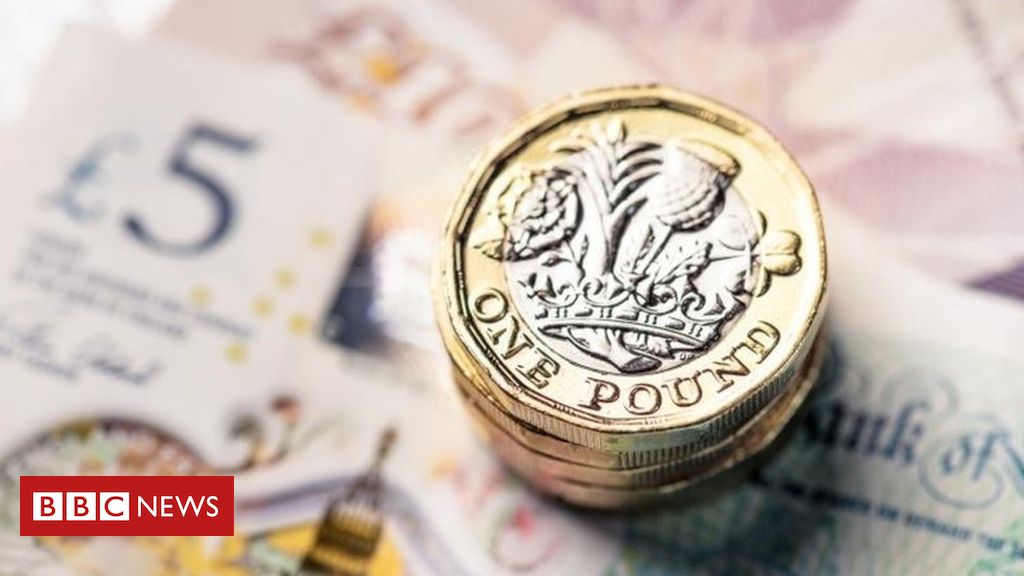 The UK posted a smaller-than-expected budget surplus in July as government spending increased.

A growing wage bill and higher spending on goods and services was behind the lower surplus, which fell to £1.3bn.

Analysts had been expecting a £2.7bn surplus, which would have been less than the £3.6bn booked last year.

The government typically posts a surplus in July because of individuals filing self-assessed income tax returns.

However, the Office for National Statistics, which published the figures, warned that tax figures can vary depending on when people pay HMRC.

Borrowing so far this year has grown to £16bn, an increase of 60% on last year.

The bulk of that increase was booked in June when government borrowing climbed to £7.2bn, a sharp increase driven by higher debt interest payments and rising spending on services.

It was the highest June borrowing figure since 2015. The government tends to record a surplus in both July and January because taxpayers submit their self-assessment returns in those months.

Total government debt now stands at £1.6 trillion, which is equivalent to about three quarters of the country’s total output. That’s £42bn more than this time last year.

The lower-than-expected surplus underlines the budget constraints facing Boris Johnson, who has promised to increase spending ahead of Brexit.

The prime minister has made billions of pounds of spending commitments in his first few weeks in office and the government is also facing a hefty bill for no-deal preparations.

July’s surplus figure, released on Wednesday, forms part of a complicated picture for the UK economy, which shrank by 0.2% between April and June, the first economic contraction since 2012.

The unemployment rate increased slightly to 3.9% in the three months to the end of June, but this remained close to a 44-year low.

Nevertheless, median disposable household income was forecast to grow by 1.4% to £29,400 over the course of the year.

And people are feeling the effects of that extra money in their pockets. Household spending grew by 0.5% between April and June as wage growth hit an 11-year high.

It has never been cheaper for the government to borrow, which it does by issuing bonds.