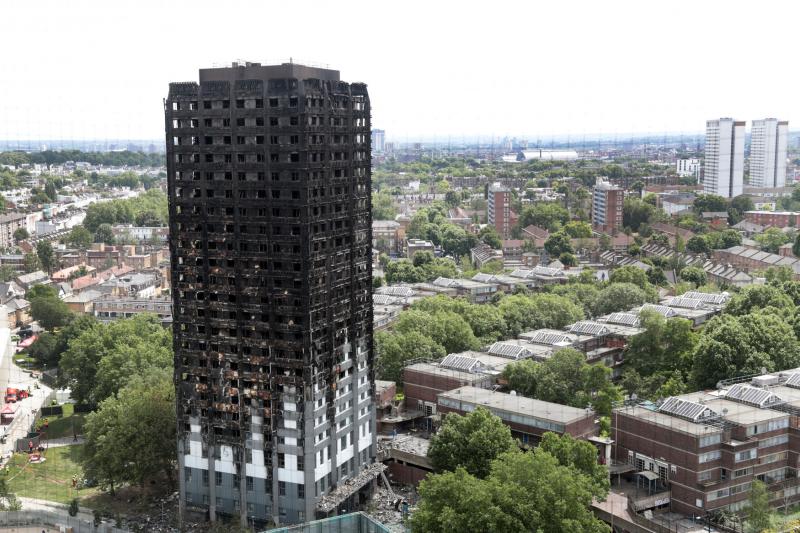 Jan. 28 (UPI) — Architects, a main contractor and a fire engineer on London’s Grenfell Tower, destroyed in a 2017 fire that killed 72 people, knew the cladding system would fail in a fire, according to emails disclosed Tuesday.

Craig Orr, an attorney for Celotex, which provided insulation used on the tower, disclosed the correspondence on the second day of the second phase of a public inquiry examining what led up to the disaster. Renovation of the building concluded in 2016.

The first phase of the inquiry focused on the night of the June 14, 2017, apartment building fire, blamed the London Fire Brigade for “systemic” failures and found that aluminum composites panels and the “melting and dripping of burning polyethylene” fed the fire. It also found that 2016 renovations to the tower violated safety rules.

“Metal cladding always burns off,” one architect emailed a fire engineer in spring 2015, while the project was underway.

A facade installer employee told a colleague “as we all know, the ACM [combustible cladding panels] will be gone rather quickly in a fire!” an email also revealed.

“Each of Harley, Studio E, Exova and Rydon was openly acknowledging in these emails that the cladding would fail in the event of a fire with external flaming,” Orr said, after pointing out other acknowledgements of the issue in emails. “That, tragically, is what happened.”

Celotex said it had carried out tests and the insulation panels could be safely used with cladding that was not combustible, rather than the type used at Grenfell that was.

“The cladding system designed and installed on Grenfell Tower bore no resemblance to the system described in Celotex’s marketing materials,” Orr said.

Architects, the cladding firm, and fire safety advisers should have known there were “clear and specific warnings” about fire safety in the marketing materials for the insulation, he added.

Orr also argued it was the responsibility of designers, contractors and consultants to make sure the product was being used safely, not the manufacturers.

In front of bereaved family members and survivors, the inquiry also heard how cladding panels that Arconic made, which contained flammable polyethylene core, were chosen in 2014 to help the management organization cut hundreds of thousands of dollars from the budget.

Arconic also said it was not required to ensure its product could be used safely on tall buildings, and similarly passed the buck to architects and designers.

The companies involved in the refurbishment have repeatedly blamed each other, and Richard Millett, the counsel to the inquiry, described it as a “merry-go-round of buck-passing,” on Tuesday.