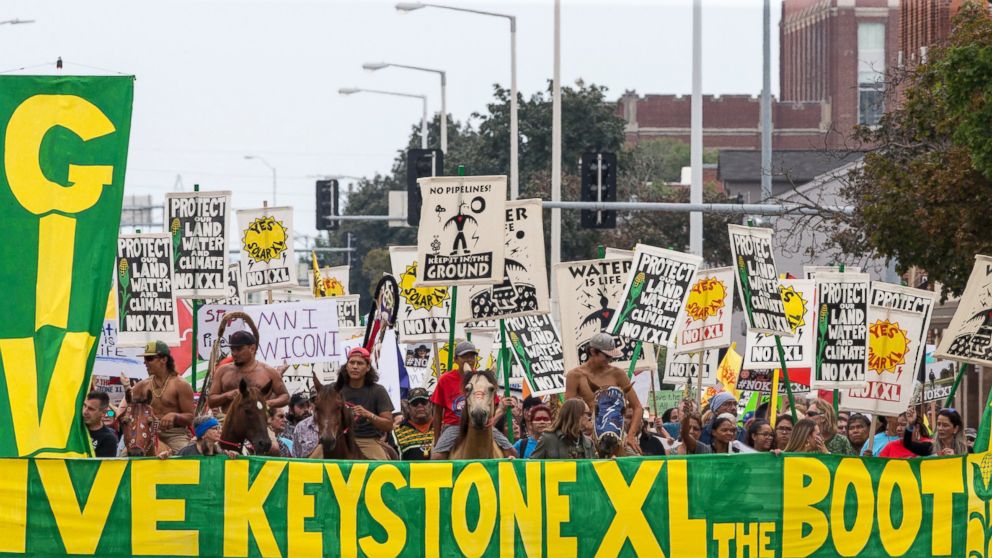 Opponents of the proposed Keystone XL oil pipeline from Canada are asking a judge to force the U.S. government to turn over emails and other documents related to President Donald Trump’s approval of the project.

Environmentalists who sued to stop the 1,179-mile (1,800-kilometer) pipeline said the documents could bolster their case that Trump’s decision was arbitrary and should be overturned by the courts.

But U.S. Justice Department attorneys argued in court filings that the disputed documents include internal deliberations that don’t have to be made public. They said the request amounts to a “fishing expedition” and should be rejected.

If the environmentalists prevail, the U.S. State Department would have to review an estimated 5 million pages of documents at a cost of more than $ 6 million, according to a declaration filed by Jerry Drake, an agency division chief who oversees its information technology team.

That’s on top of more than 4.5 million documents that were turned over in the case in December, according to the Justice Department.

President Barack Obama’s administration rejected the pipeline in 2015 after it had become a flashpoint in the debate over climate change and fossil fuel use. It was revived in March 2017 under Trump, who insisted it would lead to greater energy independence.

The pipeline is sponsored by Alberta-based company TransCanada Corp., which is siding with the U.S. government in the document dispute.

An attorney for the Northern Plains Resource Council, one of the plaintiffs in the case, said the goal of the conservation group’s sweeping document request was to uncover the basis of Trump’s decision and see if it aligns with years of analysis on the project during the Obama years.

“You can’t make one decision based upon the record, then change your mind based upon the same record,” council attorney Timothy Bechtold said. “That is the definition of arbitrary and capricious.”

The judge has sided with the plaintiffs once, rejecting a bid by the Trump administration in November to dismiss the lawsuits over Keystone. The administration unsuccessfully argued the courts have no authority in the matter because it concerns foreign affairs and national security.

TransCanada announced last month that it hopes to begin construction in 2019 after securing enough commitments from oil companies to ship approximately 500,000 barrels per day through the line.

If completed, the pipeline would carry oil from Canada through Montana, South Dakota and Nebraska, where it would connect to an existing pump station in Steele City, Nebraska. From there, it would continue through Kansas, Oklahoma and Texas until it reaches Gulf Coast refineries.