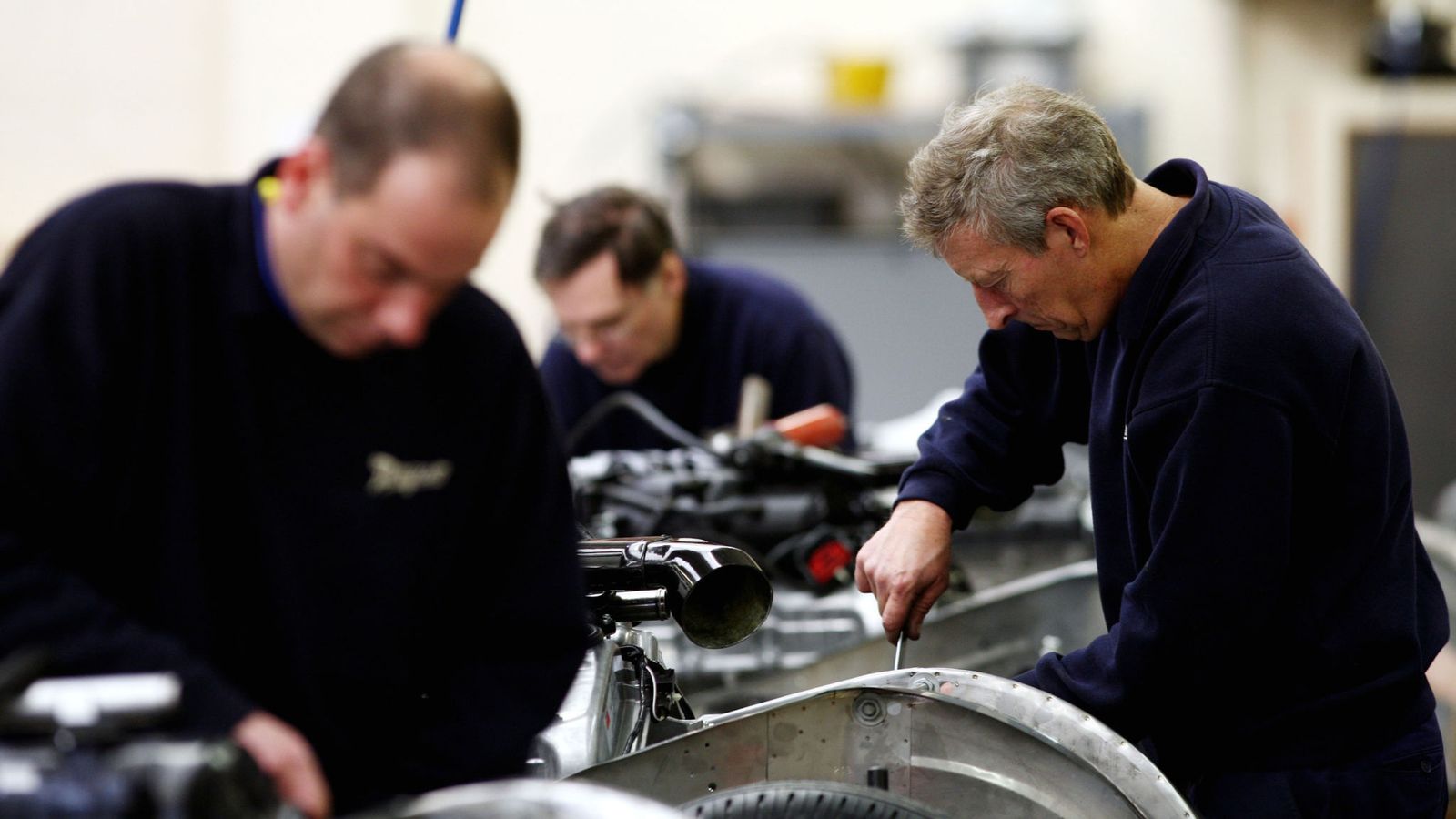 The UK economy grew 0.1% overall in the three months to February – a worrying picture of the situation before the coronavirus lockdown.

GDP figures from the Office for National Statistics also show the economy contracted 0.1% during February, following gains in December and January.

The figures will be concerning as they show the economy was already struggling ahead of the restrictions put in place to limit the spread of COVID-19, the illness caused by the coronavirus.

The measures were implemented in mid-March and included the closure of non-essential businesses and people being told to stay home aside from a few exceptions.

This has left many businesses and workers struggling, and economists are forecasting a severe recession.

There was a notable fall in construction during February, blamed on the wet weather and flooding, and total production fell by 0.6% in the three months to February, led by a 0.4% decline in manufacturing output.

The services sector grew but it is one of sectors that will be worst-affected by the lockdown announced in March.

Jeremy Thomson Cook, chief economist at Equals, said the figures show that the UK economy entered the coronavirus crisis “at best stagnant, with only the services economy keeping wider GDP above zero”.

“Previous periods of slow economic growth in the UK have seen a marked rebound in consumer spending given Brits’ propensity to grab a bargain or load up on personal debt; without such a similar impulse, the pistons that fire the UK’s economic engine look very stuck.”

Samuel Tombs, chief UK economist at Pantheon Macroeconomics, said: “Looking ahead, we have assumed that GDP will be about 20% below normal during the lockdown, which we expect to last three months.

“This points to a quarter-on-quarter drop in GDP of 1.8% in Q1, followed by a huge decline of about 15% in Q2, though all forecasts merely are ballpark estimates at this stage.

“Thereafter, we are relatively optimistic that a combination of mass testing and contact tracing, together with continued social distancing and occasional localised lockdowns can help to keep virus infection numbers at a level the NHS can manage in the second half of this year, without the government having to maintain the current set of severe restrictions.

“But neither employment nor confidence will return fully to its pre-virus peak this year, suggesting that GDP still will be about 3% below pre-virus levels in Q4.”