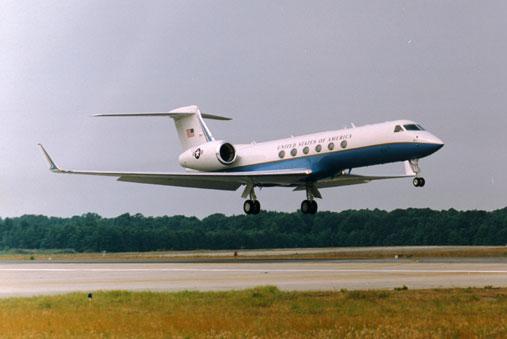 Jan. 24 (UPI) — Gulfstream Aerospace Corp. has been awarded a contract modification for continued support of the C-20 and C-37 fleets for all four branches of the U.S. military and the Coast Guard.

The $ 80 million deal, announced Wednesday by the Department of Defense, picks up a “Year Two” option in the original contract to cover task orders for the second one-year term. The total cumulative value of the contract is $ 594.4 million dollars, according to the Pentagon.

Both the C-20 and C-37 fleets, which operate from military bases in the United States, Germany, Belgium and Italy, are used primarily for transportation of high-ranking government and Pentagon officials.

The new contract will cover task orders and continued logistics of the fleets for the Air Force, Army, Navy, Marine Corps and Coast Guard through Jan. 31, 2020, at bases in Maryland, Hawaii, Florida, and the District of Columbia, as well as in Germany and Italy.

The C-20 is a twin-engine, turbofan aircraft operated by the Air Force from Joint Base Andrews in Maryland and Ramstein Air Base in Germany. There are currently five C-20B and two C-20H aircraft deployed and in operation, according to the Air Force.

The C-37 is also a twin-engine, turbofan aircraft operated by the Air Force, which has nine C-37As operating from Joint Base Andrews, as well as MacDill Air Force Base in Florida, Hickam Air Force Base in Hawaii and Chievres Air Base in Belgium.

Both aircraft can carry 12 passengers and are capable of worldwide secure and non-secure communications.

The Air Force has obligated $ 62 million to Gulfstream at the time of award from fiscal 2019 operations and maintenance funds.