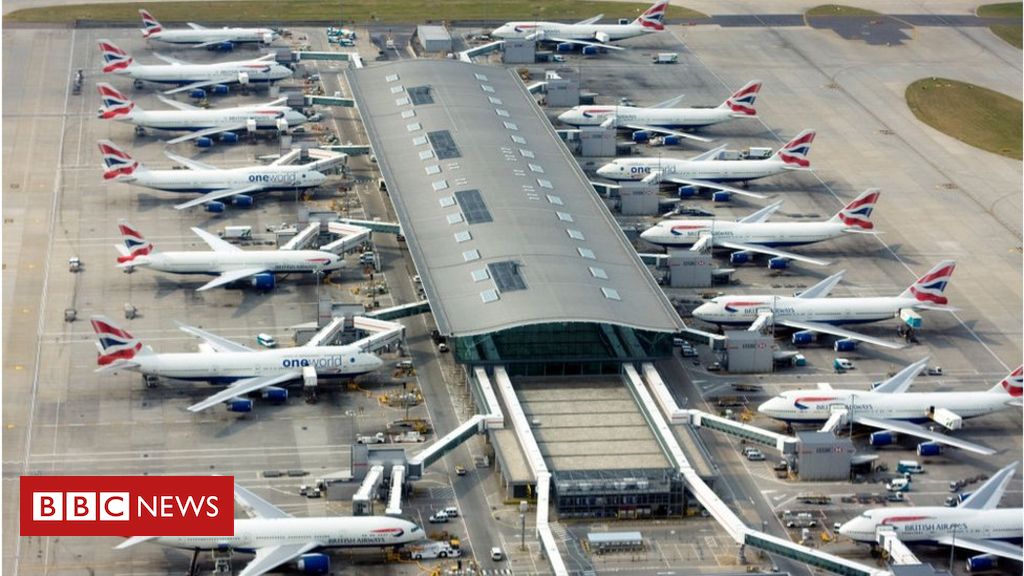 Heathrow Airport is holding last-ditch talks with unions to avert strikes on Monday and Tuesday that could mean 2,500 workers walking out.

Britain’s busiest airport has already cancelled 177 flights – roughly one in seven departures – as a precaution after Unite rejected a pay offer.

The airport said the “vast majority” of passengers would still be able to fly.

But some passengers say airlines have still not told them whether their flights will be cancelled.

Some 91 airlines could be affected by the strikes, involving engineers, firefighters and security staff.

A Heathrow spokeswoman said: “Airlines will confirm with passengers what flights they will be consolidating and cancelling.

“We have activated contingency plans which will keep the airport open and safe on both strike days.”

She said security queues were expected to be longer than normal and passengers had been warned to arrive at least three hours before long-haul departures and two hours ahead of short-haul departures.

British Airways – which operates more than half the flights at Heathrow – said it would updating passengers about cancellations during Sunday “with as much notice as possible”.

Virgin Atlantic has been trying to minimise problems by switching airports – moving some New York, Atlanta and Boston flights from Heathrow to Gatwick.

Simon Calder, travel editor of the Independent online newspaper, told the BBC: “Lots of people are getting in touch this morning very upset because they don’t know if their flights are among the 177, and it’s quite mysterious that no airline has so far told me what they are.”

The 177 cancelations will affect around 30,000 people. But Mr Calder said the disruption could be significantly worse if workers walked out as planned.

“The crucial issue is going to be security [where] queues could build up very quickly.

“If that happens the airline has the uncomfortable choice of, ‘Do we send the flight off without all its passengers… or do we delay the flight?’ which means, particularly if you’re British Airways, that things can get very messy very quickly with nowhere to park the incoming planes.”

How did we get here?

Heathrow says passengers will be able to rebook their flights for a different days, although choices may be limited given that August is peak holiday season.

Around 4,000 Unite members voted on the airport’s revised pay deal on Friday, with 88% opting to strike.

Unite regional co-ordinating officer Wayne King said: “This latest vote for strike action points to growing anger among the airport’s workers in a whole range of vital jobs which are essential to the smooth and safe running of Heathrow.

“Airport bosses need to heed this latest strike vote and the overwhelming rejection by our members of the revised pay offer which offers little over and above the original offer of £3.75 extra a day for many workers.”

Meanwhile, talks aimed at averting a separate strike by British Airways pilots are to continue next week.

Leaders of the British Airline Pilots Association (Balpa) met the company last week to try to resolve the dispute over pay.

The union would have to give two weeks’ notice of any industrial action.

Can I claim compensation if my flight has been cancelled?

If your flight out of Heathrow has been cancelled, you should contact your airline to see what you are entitled to in terms of a refund or compensation.

However, if your flight has been cancelled due to airport (rather than airline) staff striking, it is unlikely you will get compensation as this would be considered “extraordinary circumstances” outside of the airline’s control, the Civil Aviation Authority said.

In these circumstances, the airport would not have to pay compensation directly to passengers, and whether the airport gives its customers (the airlines) compensation is a commercial issue between the two parties.

If your flight has been cancelled because airline staff are striking, then this would be considered within the airline’s control, and therefore you have a legal right to either:

If the cancellation delays you by two hours or more, you are also legally entitled to compensation and help with any costs you may incur as a result of the delay.

Are you due to fly on Monday or Tuesday? Has your flight been affected? Get in touch by emailing haveyoursay@bbc.co.uk