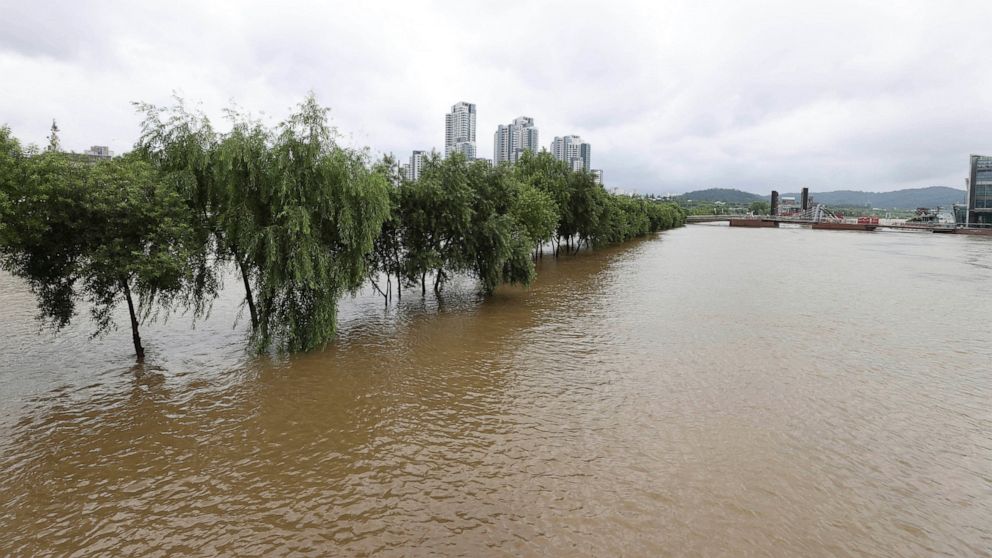 Torrential rain has pounded most of South Korea, leaving six people dead and seven others missing

The Ministry of the Interior and Safety said the heavy rainfall triggered landslides in dozens of places, flooded residential areas and roads, and damaged some riverside structures.

Much of the damage occurred in the Seoul metropolitan area and the central region.

The ministry didn’t say how the six people died. South Korean media reported they were either buried by mud caused by landslides or drowned after being swept away by swollen waters.

The Seoul area and the central region are expected to continue to receive heavy rain until Monday morning.