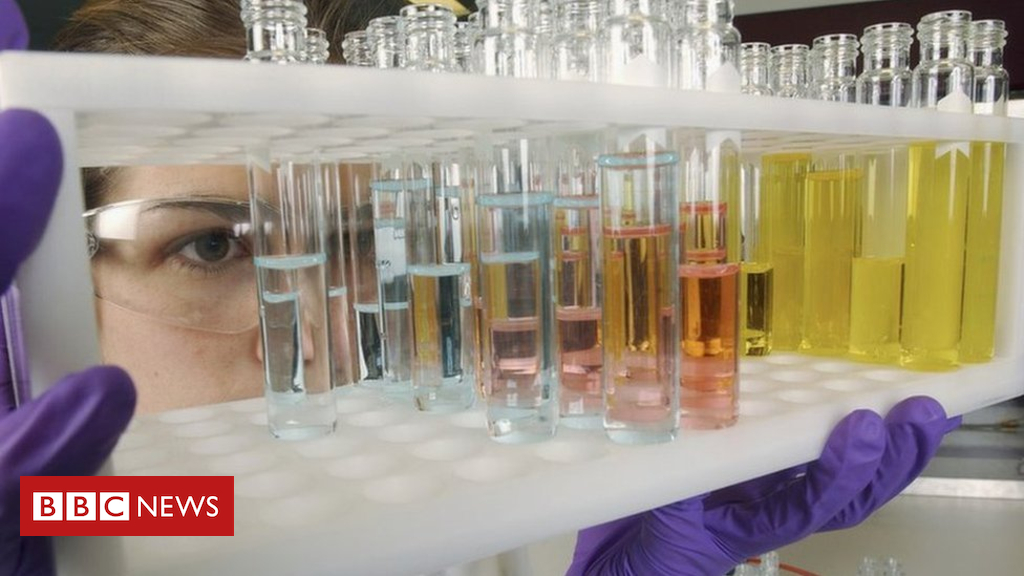 Bullying and harassment is such a problem in the world of chemistry that a dedicated helpline is being set up for victims, a scientific body says.

The Royal Society of Chemistry says people were being denied opportunities because of “a culture of secrecy” and the ‘unchecked power of managers’.

The research showed both men and women have been bullied and harassed by colleagues.

But it was mostly women who were discriminated against.

It’s hoped the helpline will increase the number of women chemists.

Professor Rachel O’Reilly is now Head of the Chemistry School at the University of Birmingham.

But, in previous roles, she says she’s “had issues or witnessed others” facing discrimination.

At a previous university, she was told that having children would create more work for other people in her department.

“It makes me really cross and really disappointed.”

She says: “Academics can be a bit like rock stars. You hear about all the bad behaviours, but they’re untouchable because of what they do.”

“Young people can see this happening and think that’s what you have to do to be successful, and it’s this awful cycle.”

How bad is the problem in chemistry?

This problem isn’t exclusive to chemical sciences, or science in general, but this is the first time a professional science organisation has taken such a step.

Research shows that just under half of students studying the subject at university are women, but the numbers working in senior roles in chemical sciences are “exceptionally poor”.

The RSC says this is partly because of the way funding is allocated, but their latest survey found there is a “culture of secrecy”, a “lack of accountability around harassment’ and an ‘unchecked power of a managers in some teams and institutions”.

The society’s director of science and communities, Dr Jo Reynolds, says they were surprised by their findings as they hadn’t asked any questions about bullying or harassment.

“We weren’t looking for evidence of bullying and harassment [in this report] but it was one of the things that came out unprompted,” she said.

“It’s really disappointing to learn we are losing talent because of these cultural issues. We need to fix the environment in which this culture exists”

The society also wants institutions and individuals to be denied funding when evidence of bullying has been found.

This helpline is expected to be running by Summer 2019 and the society hopes it’ll help all chemists reach their full potential.

It’s also promising to do more to recognise departments which make significant progress when it comes to diversity and inclusion, create carers grants and launch a gender equality forum.

How big a problem are bullying and harassment in STEM?

When it comes to Science, Technology, Engineering and Mathematics (STEM), women make up just 21% of the UK workforce.

In October, a senior scientist was criticised after giving a workshop where he said “physics was invented and built by men, it’s not by invitation.”

Prof Alessandro Strumia of Pisa University, in Italy, was suspended after the presentation at the particle physics laboratory Cern, which is based in Geneva, Switzerland.

A recent report into allegations of bullying and gender discrimination at the Wellcome Sanger Institute, a genomics and genetics research institute, concluded no wrongdoing took place, but that the institute’s policies could be improved.