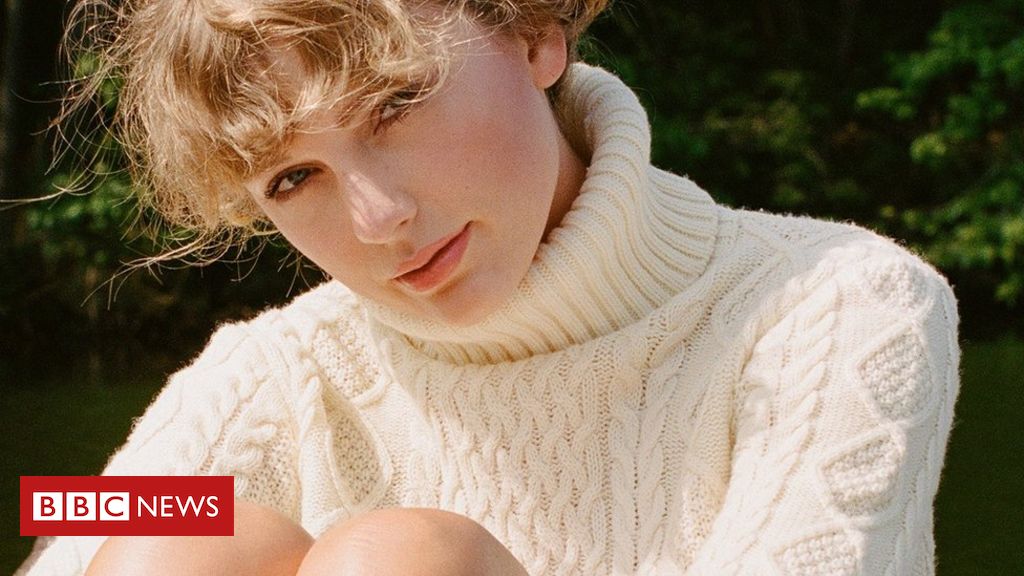 The record was written and recorded during the coronavirus lockdown, and swerves away from the pop sound that’s dominated her last three albums.

On Spotify, it achieved 80.6m streams in a single day, the highest-ever tally for a female artist.

In the US it sold 846,000 copies, making it the best-selling record of the year after just seven days on sale.

As well as topping the US Billboard chart, Folklore reached the summit in the UK, Finland, Australia, Norway, New Zealand and Belgium.

In Ireland, Swift now has five number one albums – more than any other female artist in the 21st Century – overtaking Madonna and Beyoncé.

The success of the record also gave Swift three top 10 singles in the UK, with Cardigan entering the charts at six, followed by the Bon Iver duet Exile at eight, and Folklore’s opening track The 1 at number 10.

Recorded largely with Aaron Dessner of alternative rock band The National, Folklore has earned Swift the best reviews of her career – with an average score of 89% on review aggregation site Metacritic.

The album “feels fresh, forward-thinking and, most of all, honest,” said the NME in a four-star review. “The glossy production she’s lent on for the past half-decade is cast aside for simpler, softer melodies and wistful instrumentation.”

Variety magazine called it “a highly subdued but rich affair”, although the New York Times said the 16-track album was occasionally “suffocating”, with Dessner’s production “like wet clothing tugging at Swift, slowing her down, sapping her vim”.

Folklore’s record-breaking first week was achieved on the basis of streams and downloads alone.

The project was so secret that even employees of her own record label were unaware of its existence until hours before its release; and so last-minute that physical copies of the album could not be manufactured in time.

The album could see a second sales boost when CDs become available at the end of this week; while vinyl copies are not due to hit stores until November.