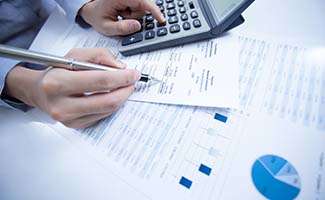 ADP has recently acquired Global Cash Card , the company offering pay cards and other electronic payment accounts, thereby allowing employers the option to pay their employees with cards instead of paper paychecks or electronic deposits. The pay cards are currently the most rapidly growing form of payment and a significant driver to this growth is the rise of the gig economy (more short-term positions and independent contractors). Pay card transactions allow independent freelancers to consolidate all their income and expenses in a single account. Not only does it help the employees, but also from an employer’s standpoint, digital payments are cost effective, more secure, and immediate.

Scope Of Growth For Pay Cards

The value of Form 1099 transactions is expected to be somewhere between $ 700 billion and $ 1.1 trillion . Currently around 73% of the companies still take the help of manual tools to manage their Form 1099 workforce. Hence, the scope is huge if these employers adapt to the pay card method considering their efficiency and convenience. Secondly, for around 24.5 million ‘under banked’ U.S. households, digital accounts will be a desirable option. The efficiency and ease of use of pay cards already make them a popular choice for the Millennials and Gen Z population.

This acquisition has given ADP its own proprietary digital payments processing platform, thereby making it the only human capital management provider with such an option. After the completion of its integration, ADP will be able to manage over 4 million accounts on a single platform. Currently, ADP’s existing 700,000 clients will enjoy its flexible payment options which will be extended to new clients too, in the near future.

While ADP’s PEO services business has driven much of the top line growth in the last few years, payroll processing continues to be its core business, contributing the largest portion of its top-line. The company’s revenue from its payroll processing services have grown at a steady rate of 5% annually over the last five years, driven by stable growth in the number of clients served by the company, and an annual rise in client fees. Although the share of the division in terms of ADP’s total revenue has dropped from 75% in 2012 to about 69% in 2017, it accounts for almost 65% of the company’s total valuation , according to our estimates.

With the acquisition of companies such as Global Cash Cards, ADP might attract more clients for its payroll processing business. With further growth of its already growing customer base and a high retention rate of clients of over 90%, the company is in a strong position to generate sustained revenue growth in this segment.