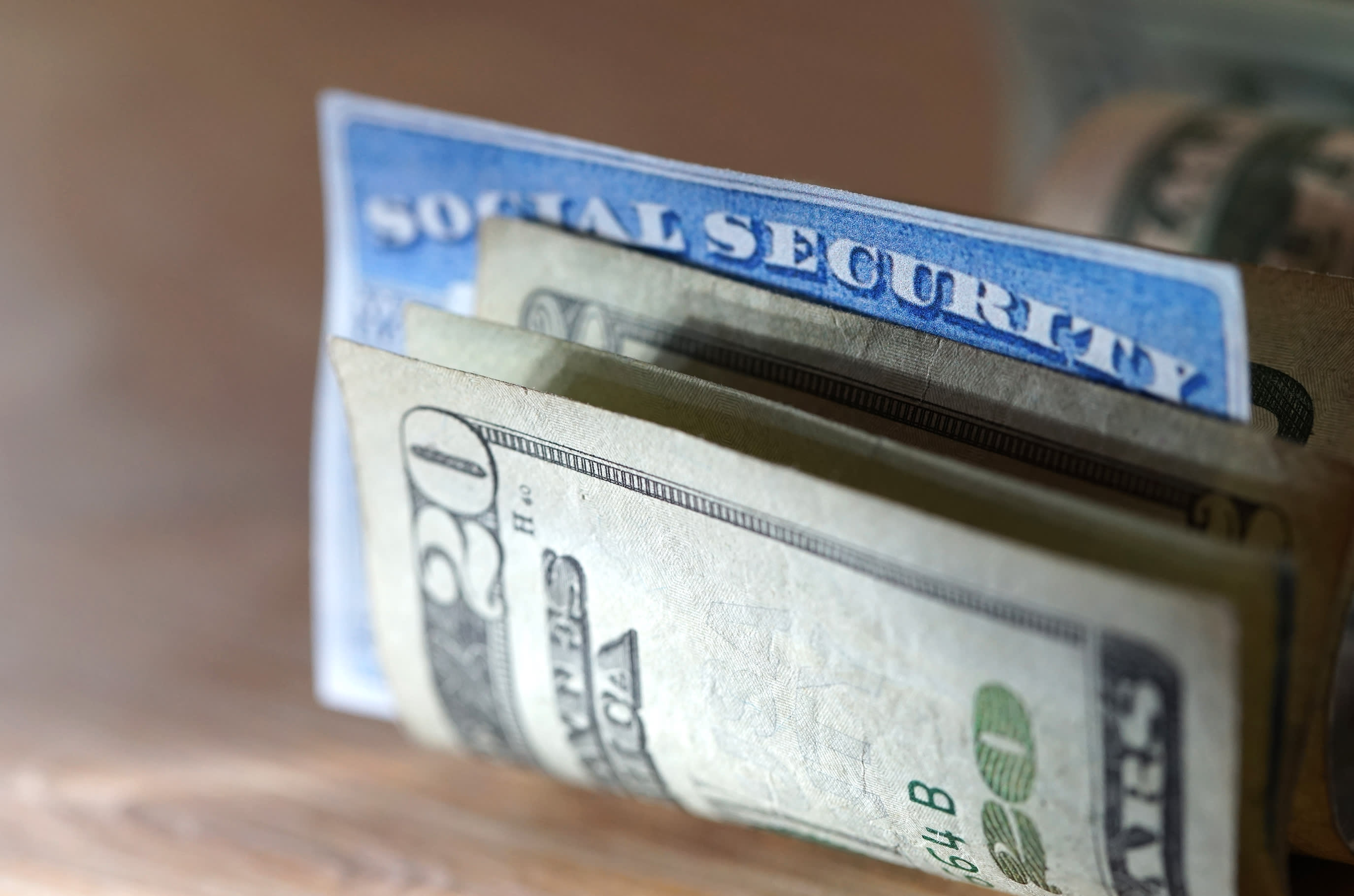 Taxes are a certainty of life, including when it comes to your Social Security benefits.

If you receive monthly benefit checks, it is very likely that income is taxed. In fact, a majority of people receiving Social Security benefits pay income tax on some of those earnings.

But if you are not using strategies to manage your income, you could be increasing that tax bill. And that could mean less retirement income down the road.

William Meyer, founder of Social Security Solutions, a provider of benefits-claiming software, estimates that, on average, you can find up to seven years’ worth of more money by creating tax-efficient withdrawal strategies that coordinate Social Security benefits.

And those savings can be as much as hundreds of thousands of dollars, according to Meyer.

“That savings can be substantial.”

How Social Security benefits are taxed

If your income is low enough, none of your Social Security income may be taxed. But there are two additional tax tiers, which means that either 50% or 85% of your benefits could be subject to federal tax.

In order to know where you fall, you need to know your “provisional,” or combined, income.

To calculate that, add your adjusted gross income plus non-taxable interest plus half of your Social Security benefits. Those values can be found on your 1040 tax form.

And if you’re married and filing separately, you could also pay taxes to the tune of up to 85% of your Social Security income. That’s what Joe Elsasser, president and CEO of Covisum, a Social Security claiming software company, calls a “gotcha” for those taxpayers.

Of note, you may also face state taxes on your Social Security income, depending on where you live. Most states do not impose levies on these benefits. But 13 states do, though the rules for that vary from state to state. Those states are Colorado, Connecticut, Kansas, Minnesota, Missouri, Montana, Nebraska, New Mexico, North Dakota, Rhode Island, Utah, Vermont and West Virginia.

Why you want to avoid a tax torpedo

If you’re just now adding up your income for your April returns, it’s too late to mitigate those Social Security taxes.

But it’s not too late to try to bring down the rate at which you will be taxed on your benefits income for the next tax year.

What you most want to watch out for is something called the “tax torpedo.”

A tax torpedo occurs when there is a sharp rise and fall in marginal tax rates due to the taxation of Social Security benefits. Marginal tax rates are the extra taxes you pay on each additional dollar of income.

For example, a hypothetical single retiree receiving $ 30,000 per year in Social Security benefits, in addition to other income, could have a marginal tax rate of 0% if their modified adjusted gross income is up to $ 12,400, according to research published by Meyer.

What you’re really looking to do is change the blend of income that you have in order to actually save tax dollars rather than just prepay them.

president and CEO of Covisum

But there are strategies to prevent those tax rates from climbing so high. Waiting to claim Social Security benefits for as long as possible — up until age 70 — is one, according to Meyer. That’s because that could help to increase Social Security income while decreasing the amount of money you take from tax-deferred retirement accounts such as 401(k) plans.

The other strategy is to adjust the sources from which you take your income.

One area to watch is how withdrawing extra money from an individual retirement account can increase your tax bill.

If you’re at a 12% tax bracket and take an extra $ 1,000 out of your IRA, you could consequently lose almost $ 500 to federal income taxes due to an “ugly interaction” between Social Security, ordinary income and capital gains, Elsasser said. “That shocks a lot of people,” Elsasser said.

To mitigate that, it helps to be mindful about how your decisions could trigger higher taxes.

“What you’re really looking to do is change the blend of income that you have in order to actually save tax dollars rather than just prepay them,” Elsasser said.

To help keep capital gains down, you could opt to use more tax-efficient investments such as exchange-traded funds instead of mutual funds, Elsasser suggested. Investment-only variable annuities could let you defer taxes until you take withdrawals, he said. The risk is that that can, however, increase your ordinary income.

More from Smart Tax Planning:
Nine ways you can cut your 2019 tax bill
Winners and losers of the Trump tax cuts
How to get your tax refund sooner

You may also look for losses to offset gains in a portfolio, Elsasser said.

You may also want to tap non-taxable accounts, such as a Roth 401(k) or Roth IRA, that will not count as ordinary income, Meyer said.

Even if you think you’re already at that highest 85% level for Social Security taxes, there are likely still strategic moves you can make, Meyer said.

“Be very strategic about your withdrawal strategy,” Meyer said. “You might be able to draw down in a sequence that keeps less of your Social Security taxed.”

For help, the best source to consult is a competent financial advisor who is able to offer advice on both retirement income and taxes, he said.