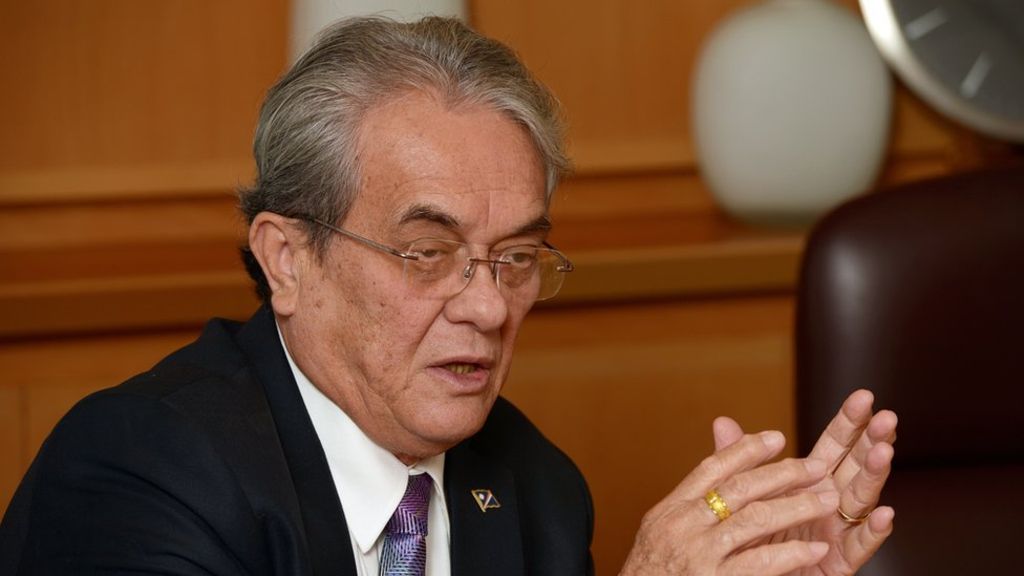 At countless UN climate meetings, Mr De Brum was a passionate champion of the rights of small island states.

He was instrumental in securing the “high ambition coalition” of rich and poor countries that was pivotal to a deal in the French capital.

Mr De Brum died at his home in Majuro, the capital of the Marshall Islands.

Born near the end of WWII, Mr De Brum grew up in an era when the tiny Pacific state was being used to host a number of US nuclear bomb tests.

When he was nine years old he witnessed one such detonation, while fishing with his grandfather around 200 miles away.

The resulting destruction of the atolls, the evacuation of many islanders as a result of the atomic tests became a hotly contested political issue. The islander’s push for independence and compensation played a large part in Tony De Brum’s political awakening.

As one of the Islands’ first university graduates, Mr De Brum was heavily involved in the negotiations with the US that resulted in an agreement on independence and compensation signed in 1986.

However it was the threat of rising seas and a changing climate became the key issues of his time as a Marshall Islands foreign minister.

In the Paris climate negotiations, his warm, personal and relaxed style was very much in contrast to the stiffer, greyer faces of some teams.

He used his charm to build strong personal relationships with many of the political leaders from rich and poor countries alike.

This helped create the “coalition of high ambition,” a group that ultimately involved around 100 nations, including the US, the EU, African, Caribbean and island states.

This alliance of rich and poor proved critical in pushing the deal through.

The biggest win from Mr De Brum’s perspective, was that the Paris agreement committed to the goal of keeping global temperature increases close to 1.5C – “1.5 to stay alive,” was a phrase often used by Mr De Brum.

Tributes to the former minister have been led by the Marshall Islands’ President Hilda Heine.

“The very existence of the Paris Climate Agreement owes a lot to Tony De Brum,” she wrote in a statement.

“He was a giant of history, a legend in every meaning of the world and a custodian of our shared future.”

Feeling sadness as deep as the ocean at the passing away of my brother in arms, fellow island warrior and true hero of humanity Tony de Brum