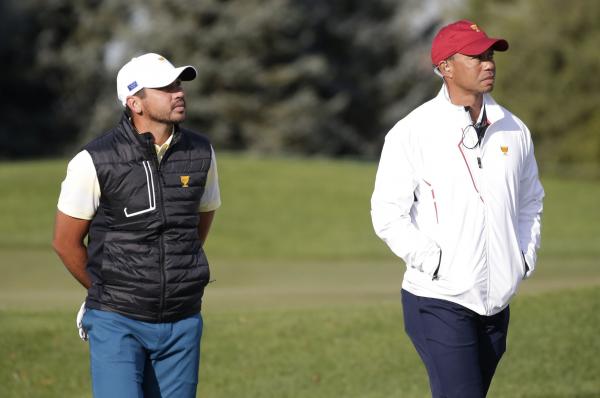 Tiger Woods‘ return went about as well as he could have hoped.

Playing in his first competitive tournament since the Dubai Desert Classic last February, Woods carded a 3-under-par 69 Thursday in the opening round of the Hero World Challenge at Albany Golf Course in The Bahamas.

Woods had five birdies against two bogeys during the round.

Woods opened the back nine with a birdie at No. 10 and rolled in back-to-back birdies at Nos. 13-14 before bogeying No. 15. He finished with three straight pars, placing him three shots behind leader Tommy Fleetwood of England.

“I didn’t know what I could do,” Woods told Golf Channel after his round. “I’ve been playing golf, I’ve been playing a lot of holes at home, but it’s still different when you’ve got to tee it up in a tournament.

“I had a lot of adrenaline going there. I was hitting balls a little bit longer than I normally do and had to dial it back a little bit. Those are the internal struggles that I just haven’t been through as a player in a while.”

Woods, now ranked 1,199th in the world, shot an opening-round 77 before withdrawing in Dubai in his most-recent appearance. He underwent his fourth back surgery since 2014 last April.

On May 29, 2017, Woods was arrested near his Jupiter, Fla. home for driving under the influence. It was later revealed he had a plethora of drugs in his system, including prescription pain killers.

Woods pled guilty to reckless driving on Oct. 27 and received one year of probation, a $ 250 fine, 50 hours of community service and regular drug testing. A violation of his probation would result in a 90-day jail sentence and a $ 500 fine.