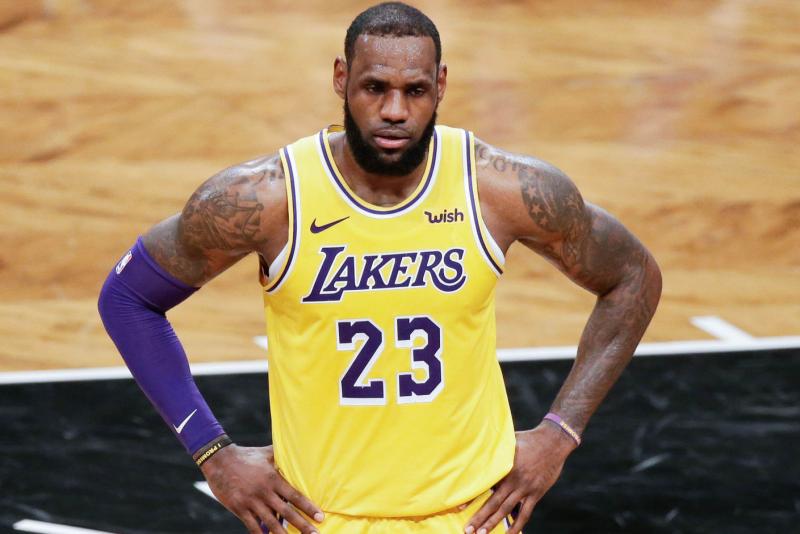 MIAMI, Dec. 13 (UPI) — LeBron James is having a historically efficient season, by his standards, leading the new-look Los Angeles Lakers to the best record in the NBA to start the season.

The 15-time All-Star is looking to add a fourth NBA Finals trophy to his resume while teaming up with Anthony Davis. The duo has dominated foes and leads a new movement of Lakers leaning on each other’s energy to propel themselves toward a postseason run.

“It’s exciting just to be around a group of guys that all share the same common goal, to be as great as we can on and off the floor,” James said Friday. “We bounce energy off one another.

“There are no energy takers. There are all givers on this squad. We believe in every last one of each other. We just love the success of each other. Anytime somebody does something great, we love it like they are one of our best friends.”

James said the Lakers didn’t set out to have a record as good as 22-3, but still are prepared to get better every day.

“We’re not satisfied and we are still as hungry as we were when the season started,” he said.

Davis became one of the elite talents in the NBA while spending the first seven years of his career with the New Orleans Pelicans. The franchise had a winning record and made the playoffs just twice during his tenure. He often looked on at James and marveled at the method and madness of his acrobatic shots and precise passes.

James stacked up hardware while playing for the Miami Heat and Cleveland Cavaliers, while Davis struggled to lead his team to a winning record.

“When you are actually on the team with him, you are able to see in his head and what he is doing,” Davis said of James. “He makes all of his teammates better, so I’m glad I got the opportunity to get a chance to play with a guy like that.”

Like Davis, Lakers coach Frank Vogel remembers facing James and often ending up on the losing side.

Vogel coached the Indiana Pacers from 2010 through 2015. The Pacers were booted from the playoffs by James-led teams in three of those seasons. The Lakers face the Heat on Friday in Miami in what should be a close contest. Miami has yet to lose at home and owns the second-best record in the Eastern Conference.

“I’m happy to come here [Miami] with him on my team, that’s the No. 1 thought that comes to mind,” Vogel said of James.

James’ union with Davis shouldn’t be chalked up to elite players playing great together because of their talent. Superstars don’t always gel, especially from the start.

“It doesn’t always happen, but we are off to a good start,” Vogel said of James and Davis’ chemistry. “We still have a long way to go. You still encounter a lot of different points of the season, ebbs and flows and all of that stuff.”

James and Davis seemingly know each other’s thoughts and movements on the court, as if they have played together for years. The fluidity fuels the team from top to bottom, making the Lakers difficult to guard on defense and hard to score against offensively.

Analytics and strategy combine with world-class talent all around the league, but the Lakers also are enjoying themselves and know how to manipulate negativity into positivity.

“Guys are out here having fun,” Davis said. “When you win, guys tend to gel better and have fun and play harder for each other. We are going to continue to do the things we need to do help each other win. … We are a complete team, but we have to continue to put it all together.”

Energy conversion is something James has had to learn since his early days in the league. He told ESPN earlier this week that he lost his love for the game due to outside criticism after he struggled in the 2011 NBA Finals.

“I knew that the physical side wasn’t gonna be enough,” James said. “And also the level of scrutiny that I was dealing with, and how I got out of my comfort zone, I lost my love for the game. I knew that was the mental side.”

James continues to use a quote from Theodore Roosevelt to propel himself through the criticism. The quote explains how “there is no effort without error and shortcoming.”

“I use negative energy and continue to use it for the better,” James said. “It motivates me, challenges me and it locks me in even more.”