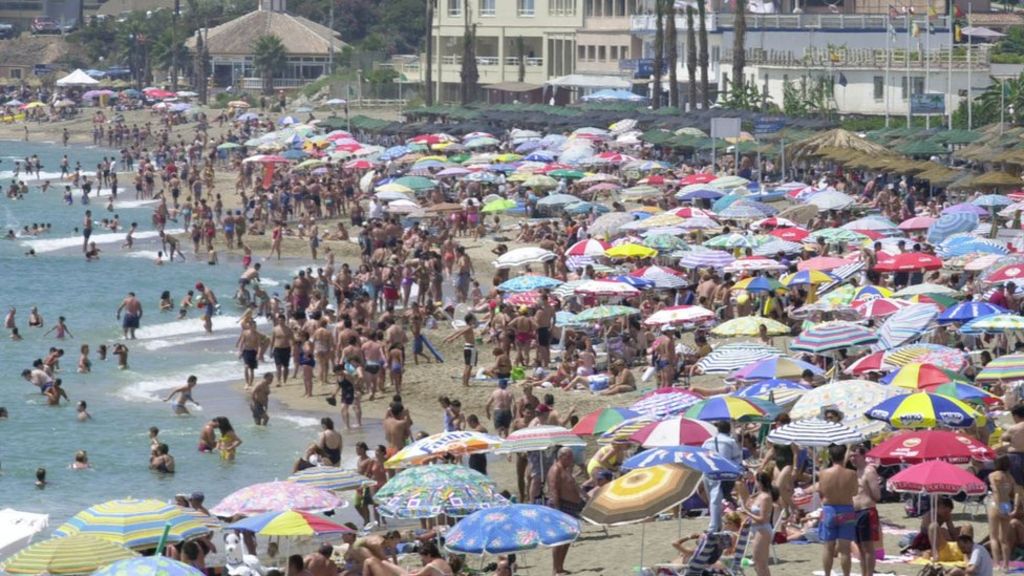 Ministers are seeking to make it harder for UK holidaymakers to make bogus food poisoning claims.

Travel industry bosses and Spanish hotels have complained of a huge rise in false insurance claims.

They warned that heavy payouts could lead to British tourists paying higher package holiday prices and being barred from some resorts.

The government said it would reduce the cash incentives of bringing such cases against holiday firms.

Justice Secretary David Lidington said it wanted to limit the legal costs that travel firms had to pay out for the claims.

“Our message to those who make false holiday sickness claims is clear – your actions are damaging and will not be tolerated,” Mr Lidington said.

The problem recently led Foreign Secretary Boris Johnson to observe British digestive systems “had become the most delicate in the world”.

The escalating problem of claims, according to one UK travel company boss, risked making British tourists the laughing stock of Europe.

That’s because thousands of French, German, Danish etc holidaymakers staying in the same hotels and dining in the same restaurants as British tourists, didn’t get as sick and as often as UK visitors.

The dilemma for hotels and restaurants is the cost of challenging these claims in the courts is so high yet the sums involved are relatively modest.

So most hotels and their insurance firms simply pay out. That ends up with higher premiums for everyone else.

This move to clamp down on bogus claims by the government could – in theory – save us all some money.

UK holidaymakers who are found guilty of making a fraudulent claim face up to three years in jail, the Ministry of Justice said.

It added that the travel industry estimated holiday sickness claims had increased by 500% since 2013 – a rise not seen in other countries.

The government is closing a loophole that means legal costs are not currently capped on claims for foreign holidays.

Those with genuine claims will still be able to sue for damages, it said.

Mark Tanzer, chief executive of Abta, said: “These claims are tarnishing British holidaymakers’ reputation abroad, particularly in Spain where they are costing hoteliers millions of pounds.”

He welcomed efforts to stop firms from “unduly profiting from false claims”, but called on the government to also increase transparency between claims firms and solicitors.

Last month, Tui’s UK managing director Nick Longman and Thomas Cook UK’s managing director Chris Mottershead both warned that if the problem continued, it could spell the end of the all-inclusive holiday for UK travellers.

Mr Mottershead said: “It has the potential of putting hoteliers out of business. They will stop British customers coming into their hotels.”

A British citizen was arrested in Majorca in June for encouraging holidaymakers to submit bogus claims for food poisoning against the hotel where they were staying.

It followed an undercover operation by the hotel chain which had been subjected to a spike in claims from UK tourists.