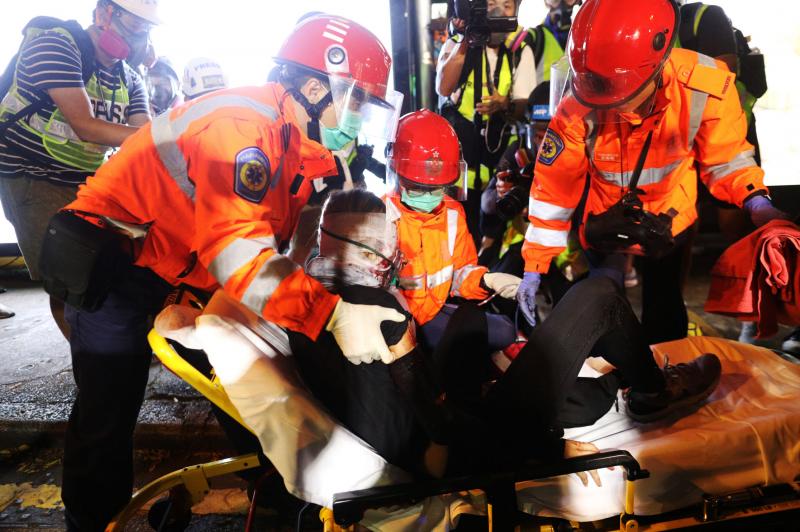 Aug. 12 (UPI) — The Hong Kong Airport Authority has canceled all flights on Monday as the island’s airport has been engulfed with thousands of anti-government protesters.

The authority made the announcement at about 5 p.m., stating that airport operations have been “seriously disrupted.”

“All flights have been canceled,” it said in the statement. “All passengers are advised to leave the terminal buildings as soon as possible.”

The announcement was the third of the day after stating 50 minutes earlier that only departures were canceled and before noon that only those with airline tickets would be allowed in the departure hall of Terminal 1 for the next 24 hours.

The announcement comes on the fourth straight day protesters clad in black have descended upon the airport to demonstrate in front of in-bound passengers about police brutality and a controversial extradition bill that has rocked Hong Kong with unrest since June.

Though the bill has since been shelved, protests have grown into a wider anti-government movement that has organized mass rallies, marches and a general strike in demand that the bill be officially withdrawn and the island’s chief executive, Carrie Lam, resign, among other stipulations.

On Sunday, more than a dozen people were injured in clashes between demonstrators and police, who fired tear gas canisters and charged demonstrators inside subway stations.

During the night, a protester outside Tsim Sha Tsui police station was allegedly shot in the eye by police with a bean bag, requiring an emergency operation.

At the airport Monday, some of the demonstrators covered their right eye in protest against the alleged police brutality, the Hong Kong Free Press reported.