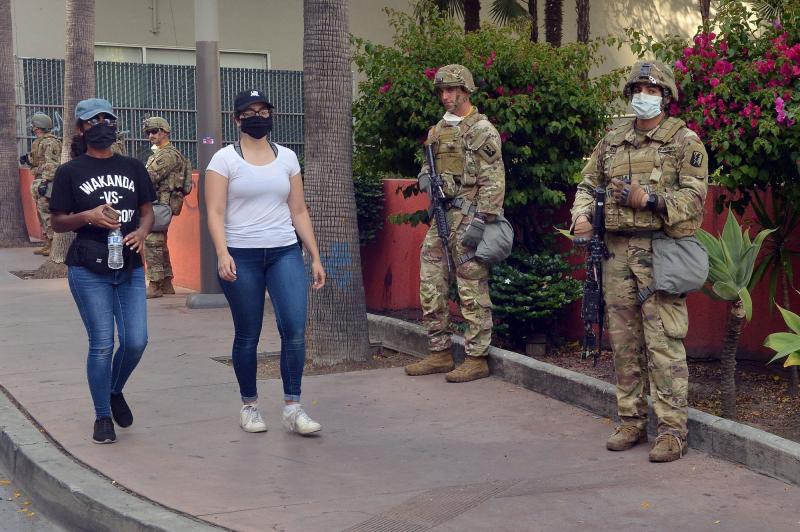 June 2 (UPI) — U.S. Rep. Adam Smith, D-Wash., wants the Trump administration and the Pentagon to offer more detail about potential domestic deployments of the U.S. military in response to protest activity in the United States.

In particular, he said, he was concerned about Esper’s comment in a call to U.S. governors, the recording of which was leaked to the New York Times on Monday. During the call, Esper said that National Guard forces need to “dominate the battlespace,” referring to police brutality protests that have roiled U.S. cities over the past week.

“Talking about the United States of America as a battlespace that he wants to occupy is wrong,” Smith said.

Smith said he called Milley on Monday to express his concerns about a potential military response to protests, as well as Milley’s appearance in uniform on the streets of Washington, D.C., Monday night, and has reached out to Esper to talk but hadn’t heard back yet.

HASC staff are also working through more formal channels to convene a Congressional hearing as soon as possible, Smith said.

On Monday evening, President Donald Trump said he would mobilize all federal resources to quell protest activity, and encouraged governors in all states to call up the National Guard.

“If a city or a state refuses to take the actions that are necessary to defend the life and property of their residents, then I will deploy the United States military and quickly solve the problem for them,” Trump said at the White House Rose Garden Monday.

Sen. Tom Cotton (R-Ark.), on Twitter and in an interview with Fox News Monday, spoke in favor of using military force to quell protests.

Illinois Gov. J.B. Pritzker said the state would not request military assistance, and said the President’s declaration was illegal.

In order to activate the military to operate domestically, Trump would have to invoke the Insurrection Act of 1807, which White House press secretary Kayleigh McEnany said Monday he is considering.

Smith said “we need to bring peace back to our streets,” but also said Trump has not taken the concerns of protesters seriously.

Smith added that he was concerned that what he called “Trump’s sycophantic approach to leadership” has adversely affected decision making by DoD leaders.

“It’s almost like he doesn’t believe peaceful protesters exist or that there’s anything to peacefully protest,” Smith said.