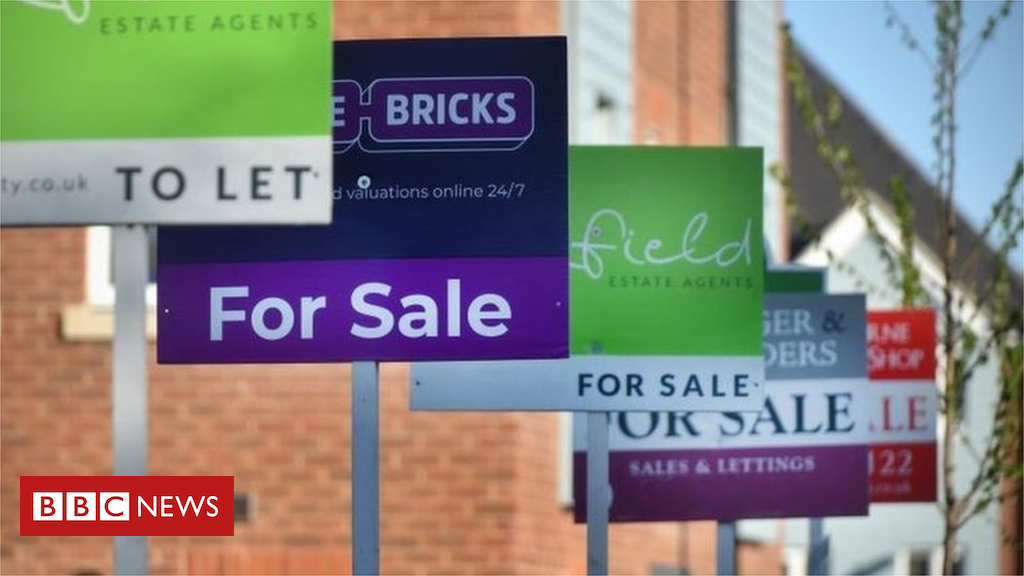 UK house prices grew at an annual pace of 0.5% in December, the Nationwide building society has said, the slowest annual rate since February 2013.

The lender says uncertainty over the economic outlook appears to be undermining confidence in the market.

London and surrounding areas saw a small fall in house prices in 2018.

Northern Ireland saw the biggest house price rises, up 5.8%. Prices in Wales climbed 4%, in Scotland they were up 0.9% and in England they rose 0.7%.

December’s growth rate, based on its own mortgage data, was a marked slowdown from the annual pace of 1.9% recorded by the Nationwide in November.

The Nationwide’s chief economist, Robert Gardner, told the BBC the severity of the slowdown was unexpected: “It is a little bit surprising that house price growth has slowed as much as it has in the last month or so.

“It seems to be the uncertain economic outlook that is really weighing on buyer sentiment. I think once that lifts then things should start to pick up to normal levels of about 2%.”

He said a lot of it “depends on how we get through this Brexit uncertainty”.

Chief UK economist at Pantheon Macroeconomics, Samuel Tombs, said the slowdown was striking, but the overall outlook for the market was relatively benign: “The hefty month-to-month fall in house prices in December [of 0.7%] – the biggest Nationwide has reported since August 2011 – brings an end to a weak year for the housing market.

“While the supply of homes for sale also has dwindled, the balance of demand and supply has shifted in buyers’ favour. That said, we continue to doubt that a sustained period of falling house prices is likely.”

He said that assuming MPs back some form of Brexit deal, with a subsequent recovery in consumers’ confidence, prices were likely to pick up to grow by 2% this year.

Nicholas Finn, executive director of Garrington Property Finders, said: “At one extreme we are seeing a surge in the numbers of opportunistic, frequently cash, buyers emerging to snap up homes at large discounts.”

“Meanwhile thousands of would-be sellers are instead hunkering down and waiting until things improve before putting their home on the market.”

Separate figures from the Bank of England showed that mortgage approvals for house purchases fell in November, and are now at half the level of 15 years ago.

The Nationwide said that house prices in London and the surrounding areas, such as Berkshire, had fallen by 0.8% and 1.4% in the past year.

However, outside these areas, each nation and English region – based on Nationwide’s local mortgage data – recorded annual house price growth.

In addition to steady price growth in Northern Ireland and Wales, the East Midlands also saw prices increase by 4%.

“With prices in both inner and outer London falling, the capital bears a share of responsibility for dragging down the national pace of growth,” Mr Finn said.

– Amount of the United Kingdom that has housing you can afford

Search the UK for more details about a local area

You have a big enough deposit and your monthly payments are high enough. The prices are based on the local market. If there are 100 properties of the right size in an area and they are placed in price order with the cheapest first, the “low-end” of the market will be the 25th property, “mid-priced” is the 50th and “high-end” will be the 75th.