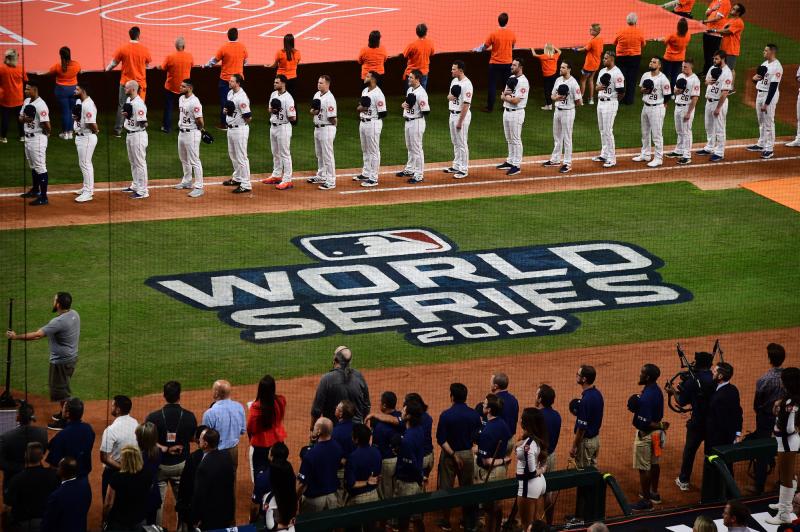 In a statement released by the Astros, the organization admitted that Taubman’s “inappropriate comments” about the team’s acquisition of relief pitcher Roberto Osuna were aimed at a group of female reporters.

Sports Illustrated’s Stephanie Apstein published a report earlier this week that accused Taubman of yelling, “Thank God we got Osuna! I’m so [expletive] glad we got Osuna!” The comments, directed at a group of female reporters, came during the Astros’ celebration after clinching the American League Championship Series on Saturday.

During last season, Osuna served a 75-game suspension for violating Major League Baseball’s domestic violence policy. The suspension stemmed from an incident that occurred while he played for the Toronto Blue Jays.

“Our initial investigation led us to believe that Brandon Taubman’s inappropriate comments were not directed toward any reporter,” the Astros said in Thursday’s statement. “We were wrong. We sincerely apologize to Stephanie Apstein, Sports Illustrated and to all individuals who witnessed this incident or were offended by the inappropriate conduct. The Astros in no way intended to minimize the issues related to domestic violence.

“Our initial belief was based on witness statements about the incident. Subsequent interviews have revealed that Taubman’s inappropriate comments were, in fact, directed toward one or more reporters. Accordingly we have terminated Brandon Taubman’s employment with the Houston Astros. His conduct does not reflect the values of our organization and we believe this is the most appropriate course of action.”

The Astros initially called the Sports Illustrated report “misleading and completely irresponsible.” Taubman later apologized for his comments but said his words were misinterpreted.

MLB is investigating the incident. League commissioner Rob Manfred told reporters Wednesday he was “really concerned” about the allegations against Taubman.

The Nationals hold a 2-0 lead over the Astros in the World Series. Game 3 is scheduled for Friday night at Washington.