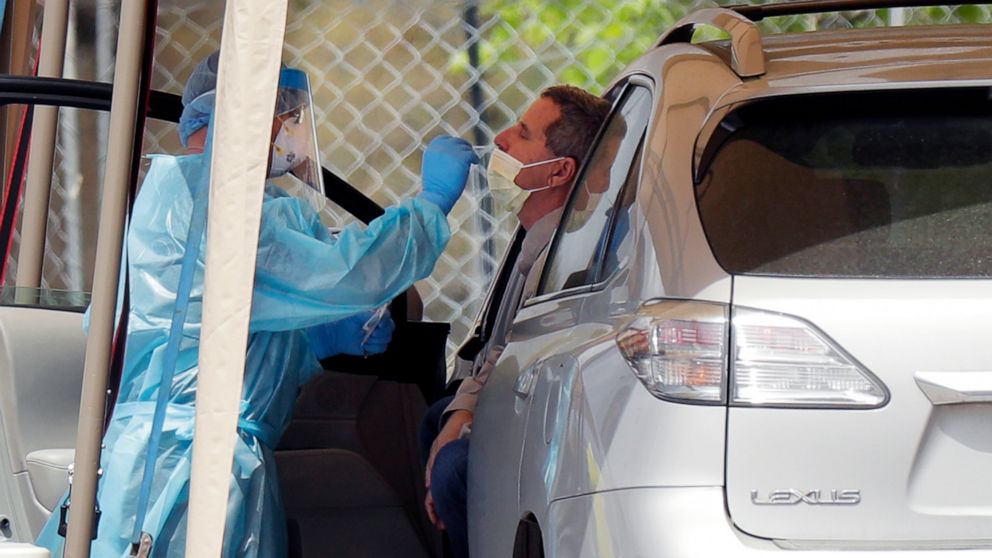 HOUSTON — Cars lined up for more than a mile outside a Houston hospital Thursday as the nation’s fourth-largest city began drive-thru testing for the coronavirus, but officials warned they don’t have enough kits or protective gear to meet demand.

“I don’t want to create false hope that we are ready right now to have a radical increase in testing,” said Harris County Judge Lina Hidalgo, the top county official in Houston. “We are unfortunately not.”

Hours after the drive-thru testing began, Texas Gov. Greg Abbott ordered schools closed for more than 5 million students and shuttered restaurant dining rooms. Texas has confirmed more than 140 cases and five deaths related to the virus that causes COVID-19. About 2,500 testing kits were available at the drive-thru at United Memorial Medical Center and only those showing symptoms would be screened for the virus, said U.S. Rep. Sheila Jackson Lee.

She warned that the state is running out of personal protective equipment and that more is needed, although she didn’t say how long the existing supply would last.

“I am not happy with where we are in the nation,” she said.

One of the first vehicles through was a red pickup truck containing a woman who could be heard loudly coughing. Health workers in blue protective gear removed her from the truck and put her on a stretcher, then wheeled her into a nearby tent.

For most people, the coronavirus causes only mild or moderate symptoms, such as fever and cough. For some, especially older adults and people with existing health problems, it can cause more severe illness, including pneumonia.

The vast majority of people recover from the virus. According to the World Health Organization, people with mild cases recover in about two weeks, while those with more severe ones can take three to six weeks to recover.

Nationwide, public frustrations over the difficulties of getting tested for the new virus have been building since the first U.S. case was confirmed Jan. 20. Early missteps with test kits developed by the Centers for Disease Control and Prevention, coupled with strict government criteria about who qualified for screening, have led to widespread reports of people struggling to get tested.

Texas health officials reported that the state had administered more than 2,300 tests as of Thursday. Texas Gov. Greg Abbott told mayors and county officials a week ago that the supply of tests exceeded demand, and on Thursday said the state will soon have the capacity to test around 15,000 people a week.

Abbott had lagged behind other governors nationwide in ordering school and business closures, having until now left that decision to local health officials. That resulted in a patchwork of restrictions that had varied starkly even between big neighboring cities such as Dallas and Fort Worth, frustrating and confusing some local officials.