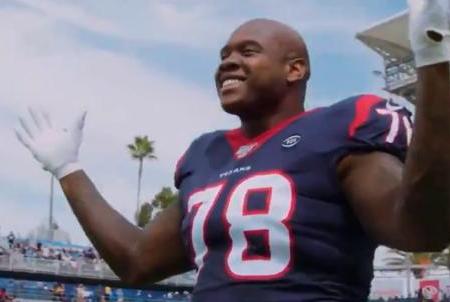 League sources told ESPN and NFL Media that Tunsil’s deal is for three years and worth $ 66 million, with more than $ 50 million guaranteed. The extension makes Tunsil the highest-paid offensive lineman in the league.

Tunsil, 25, negotiated the agreement without the help of an agent, according to ESPN. With the new contract, Tunsil surpasses Philadelphia Eagles offensive lineman Lane Johnson in annual salary. Johnson signed a four-year extension worth about $ 18 million per season in November.

The Miami Dolphins selected Tunsil with the No. 13 overall pick in the 2016 NFL Draft out of Ole Miss. Texans head coach and general manager Bill O’Brien traded for Tunsil before the beginning of the 2019 campaign for a package of draft picks.

Tunsil was named to his first Pro Bowl in his first season with the Texans, becoming the franchise’s first offensive lineman to earn a trip to the All-Star event since left tackle Duane Brown in 2014.

Since entering the league, Tunsil has started 58 career games with the Dolphins and Texans.