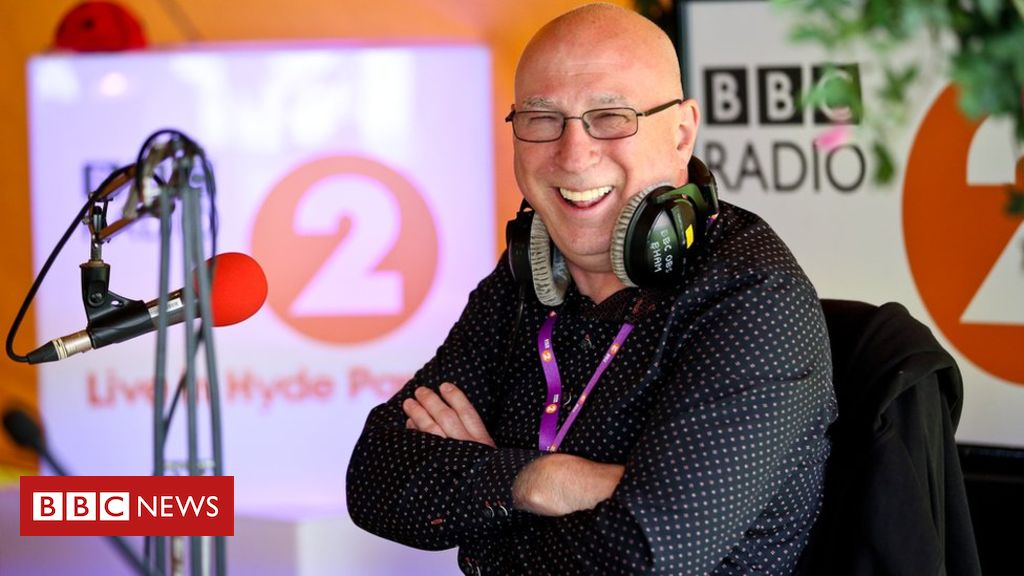 You wouldn’t normally hear a tractor driving past or birds tweeting in the background of Ken Bruce’s BBC Radio 2 show.

But, if you listen closely, those are just a few sounds you might be able to pick up on now the presenter is broadcasting from his Oxfordshire home.

“I do live in dread of the binmen arriving or the Royal Air Force flying over in extremely noisy Chinooks as they do sometimes,” Bruce laughs. “But so far it’s been fine.”

Bruce’s mid-morning show on Radio 2 – which he has hosted continuously since 1992, following an earlier stint in the 1980s – is particularly popular at the moment as more listeners turn to the radio while confined to their homes.

“At a time like this, people want to hear the news, but they don’t want it all day,” Bruce says. “From my point of view, I’ll pay attention to one news broadcast a day, and after that I don’t really want to know too much unless it’s a major development.

“So escapism is a big part of keeping people feeling right during this and I think we provide a certain amount of that, a chance to put the worries of the world to one side.”

Any surge in listening won’t be reflected in official figures for a few months, but the BBC says there has been a significant increase in live radio listening via the BBC Sounds app since lockdown measures came into force.

Not that Bruce needed any help attracting listeners. With an audience of 8.27 million, his is the most popular show in the UK – a particularly impressive accolade given that he doesn’t host the breakfast show, traditionally a radio station’s flagship programme.

Bruce is one of countless radio presenters currently broadcasting from home, but technical advances make this much easier than it used to be.

Many listeners won’t even have noticed a change – as was the case when the presenters of Radio 4’s Today programme began broadcasting from home last month.

“It sounded so good that we’ve actually had some people calling in asking, ‘Why is everybody in the same studio? They should be socially distancing’,” the BBC’s director of radio and education, James Purnell, told Radio 4’s Feedback.

“We’ve told [presenters] to explain [that they’re at home] because actually the sound makes it seem like they’re all in the same place, when they’re very much not.”

For the Today programme’s male hosts, the familiar home environment has at least given them the ideal opportunity to start growing a beard.

“I admit I have embraced a slightly more relaxed approach to the morning,” Justin Webb wrote this week in the Radio Times. “I’m not shaving, largely to compete with Nick Robinson, who came back from a holiday last year looking like a Mills & Boon romantic hero.”

Wherever the presenters are, radio is proving to be a valuable source of entertainment now many people are working from home.

“Radio does provide friendship, companionship, in an undemanding kind of way, so strong relationships are formed between listener and broadcaster on radio, and I think that will only increase as time goes on,” Bruce says.

“We’re certainly aware of more people listening and taking part in Popmaster, for example, than before, and the texts and emails have massively grown, so I think there will be a general rediscovery of radio and how important it can be at times like this.”

Petroc Trelawny, who hosts Radio 3’s breakfast show, agrees there has been a surge in listening to music-based programmes as the public seek companionship and escapism from the news agenda.

“R3 listeners send several hundred emails, tweets and texts to Breakfast every morning, a significant percentage coming from those taking refuge from Today and news-based breakfast shows on 5 Live and LBC,” he said earlier this week.

But there will be some delay before the industry can ascertain how big the increase in listening has been.

Last month, industry body Rajar told RadioToday it’s reviewing ways it can continue monitoring listening habits as collecting data from members of the public has been made trickier under lockdown.

Bruce embraces the benefits of working from home (which include being able to eat a slice of lemon drizzle cake during the 11 o’clock news bulletin). When lockdown restrictions are eventually lifted, will more DJs actively choose to continue broadcasting from home?

“There may be a slight move towards that. However I do know that there is something about being in a particular building, there’s that sort of collegiate feeling of being at Radio 2 or wherever it is, and you take in the culture of the organisation almost by osmosis as you’re in there,” he says.

“You get to see everybody else or hear the gossip, not that that’s important, but you get the general feel of what’s going on while you’re there.”

One specific feature within Bruce’s show which has seen a significant increase in engagement is the famous quiz broadcast at 10:30 every morning.

“It’s always been an appointment to listen, but I think now more than ever it’s really ramping up – families are sitting down to do Popmaster, people are saying they’re playing along with their friends on a Zoom call.

“The hashtag seems to trend most days with people all joining in together, so I think there’s a real sense of online community around the quiz which is quite nice.”

Popmaster sees two callers face a series of (often quite difficult) music questions. If they hesitate for too long, a five-second countdown begins, which adds to the pressure.

“With the five-second counter, you’ve got to feel it,” Bruce says. “You don’t play it too soon on the early questions, and if you think somebody might be getting a little assistance, shall we say, then you can slam the five-second countdown clock down quite quickly. So it’s a question of touch and feel.”

On the unrelenting difficulty of the questions, Marshall says: “It’s fine if you hit that sweet spot of your era or your area, but some of the questions I look at and I don’t have a clue. It’s only worrying if Ken doesn’t know the answer, then you know you’re in trouble! He’s generally seen it all over the years.”

Bruce recently told the MediaMasters podcast he’s only had one day off sick in the last 34 years, although there was one occasion where listeners may have noticed he didn’t sound like his usual self.

On April Fools Day 2011, comedian Rob Brydon (whose impression of Bruce is uncanny) famously stood in for him – with hilarious results.

If, God forbid, Bruce became ill himself in the next few months and had to take a few days off work, is there any chance Brydon could cover for him again?

“Well yes, I’m sure he could,” Bruce laughs, “but I don’t think the BBC could afford him.”