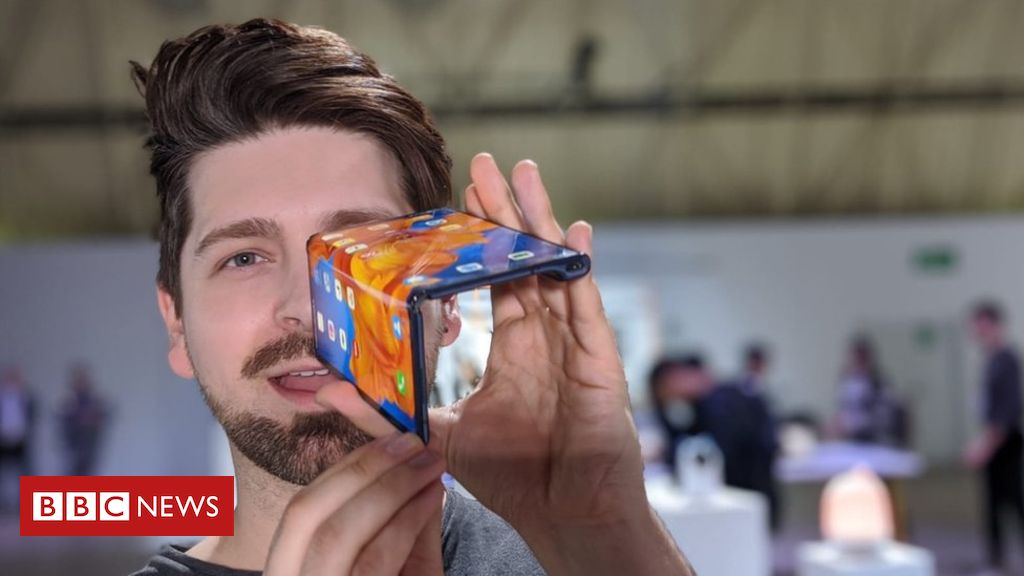 Huawei has revealed an updated version of its folding smartphone, which it plans to release outside of China for the first time.

It said it had made the screen of the new Mate XS more resilient than the original Mate X, following concerns that folding phones were too easy to damage.

BBC Click’s Chris Fox was among the first to go hands-on with the Mate XS, which will launch without Google’s suite of apps because Huawei is still on a US trade blacklist.

The device was unveiled at Huawei’s own event in Barcelona, after the Mobile World Congress (MWC) trade show was cancelled over coronavirus fears.