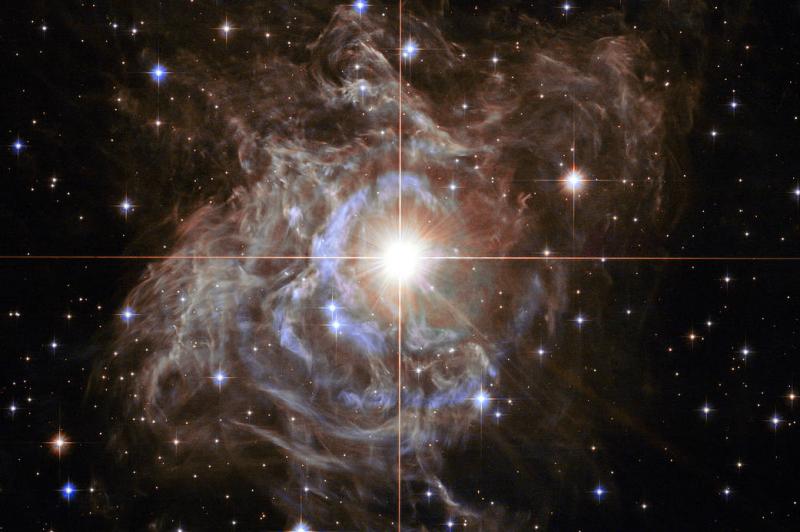 Dec. 24 (UPI) — NASA’s latest image release from the Hubble Space Telescope offers something fit for the times — a celestial wreath.

The space agency on Friday shared a fresh image of RS Puppis, the sun at the center of the image, surrounded by reflective dust that has been lit up by one of the brightest stars in the Milky Way.

RS Puppis is known as a Cepheid variable star, which rhythmically brightens and dims during a six-week cycle with an average 15,000 more brightness than the Sun. The star is also ten times the size of the Sun and 200 times bigger.

The series of photos from the Hubble leading to the newly released image captures light flashes seen across the nebula.

“Hubble took a series of photos of light flashes rippling across the nebula in a phenomenon known as a ‘light echo,'” NASA said. “Even though light travels through space fast enough to span the gap between Earth and the Moon in a little over a second, the nebula is so large that reflected light can actually be photographed traversing the nebula.”

By observing the fluctuation of light in the star itself, researchers figured out the star was about 6,500 light-years from Earth.