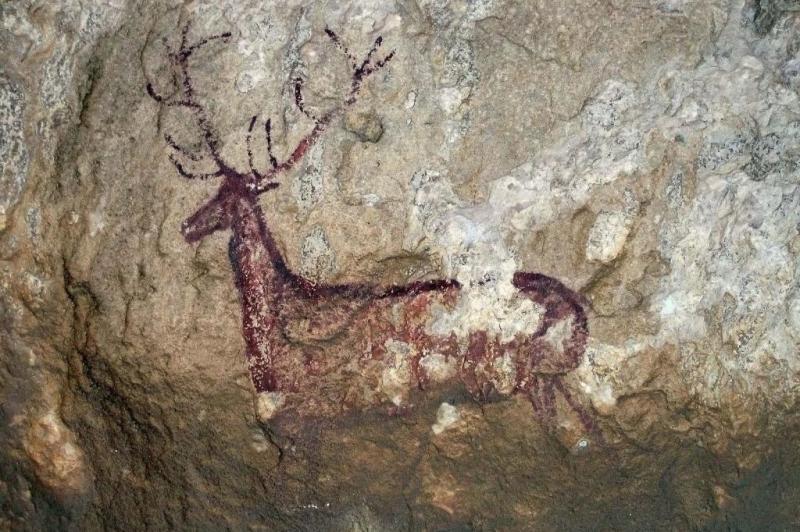 The discovery — published this week in the journal Scientific Advances — suggests early humans were practicing food storage and delayed consumption as early as 400,000 years ago.

The evidence was recovered in Qesem Cave, a Lower Paleolithic archeological site located outside of Tel Aviv, Israel.

“Bone marrow constitutes a significant source of nutrition and as such was long featured in the prehistoric diet,” Ran Barkai, a professor of archaeology at Tel Aviv University, said in a news release. “Until now, evidence has pointed to immediate consumption of marrow following the procurement and removal of soft tissues. In our paper, we present evidence of storage and delayed consumption of bone marrow at Qesem Cave.”

The remains found in Qesem Cave suggest humans brought the remains of animal carcasses, mostly the limbs and skulls of fallow deer, back to the cave for storage, while the animal was stripped for meat at the hunting site.

“We found that the deer leg bones, specifically the metapodials, exhibited unique chopping marks on the shafts, which are not characteristic of the marks left from stripping fresh skin to fracture the bone and extract the marrow,” said Jordi Rosell, a professor of archaeology at Rovira i Virgili University in Spain.

Researchers estimate the limbs were left covered in skin to help preserve the marrow for consumption later.

In the lab, scientists replicated the prehistoric preservation process. Their experiments showed the marrow could be stored without spoilage for up to nine weeks.

“The bones were used as ‘cans’ that preserved the bone marrow for a long period until it was time to take off the dry skin, shatter the bone and eat the marrow,” Barkai said.

The latest findings undermine the view of Paleolithic humans as living exclusively hand-to-mouth, always in search of their next meal and vulnerable to prolonged periods of scarcity.

“We show for the first time in our study that 420,000 to 200,000 years ago, prehistoric humans at Qesem Cave were sophisticated enough, intelligent enough and talented enough to know that it was possible to preserve particular bones of animals under specific conditions, and, when necessary, remove the skin, crack the bone and eat the bone marrow,” said Tel Aviv archaeologist Avi Gopher.