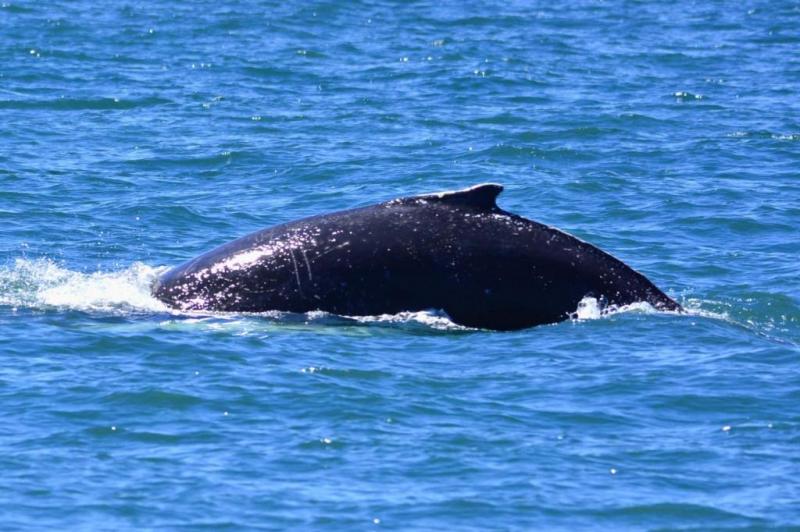 Nov. 15 (UPI) — Humpback whales are visiting the Mediterranean to feed, according to a new study.

Historically, humpback whales in the Mediterranean Sea have been a rare sight, but anecdotal evidence hinted at increased visitation over the last 150 years. Until now, researchers weren’t sure why the large marine mammals were visiting the region.

Now, scientists are certain the whales are coming to eat.

The revelation was made possible by the serendipitous meeting of one young humpback and whale watching boat in the Strait of Gibraltar. The initial sighting allowed researchers in Spain to track the individual over two periods of consecutive days, each coinciding with spring tides.

“For almost a month, it was possible to follow the animal within the Bay of Algeciras, taking exhaustive data, accompanied by photographs for photo-identification and future tracking of the animal, as well as for checking that the animal did not have any kind of problem,” José Carlos García-Gómez, direct of the Marine Biology Laboratory at the University of Seville, said in a news release.

During the periods of observation, the whale exhibited diving patterns consistent with feeding behavior, and scientists spotted several of the humpback’s preferred prey in the region, including swimming crabs, northern krill and spotted lanternfish.

“This event gave us a clue as to the reason for the presence of this species of whale in this sea,” researchers wrote in their paper, published in the journal Regional Studies in Marine Science.

Because most humpbacks observed in the Mediterranean are young and alone, researchers believe they’re traveling from the North Atlantic, stopping to feed on their way to breeding sites farther south.

Analysis of satellite data confirmed the presence of humpbacks in the Mediterranean is correlated with spikes in chlorophyll concentration, evidence of increased biological activity — ergo, more food for whales to eat.

“In recent years, there have been changes both in climatic conditions and in the temperature of the sea, something which has been verified by many studies,” Carlos García said. “If we add the exact coincidence of krill blooms in the Strait of Gibraltar with the presence of these whales, this could perhaps tell us that, in the near future, sightings of this species could increase in the Mediterranean. For this reason, it is considered imperative to implement preventive contingency and conservation plans for the species in this sea.”