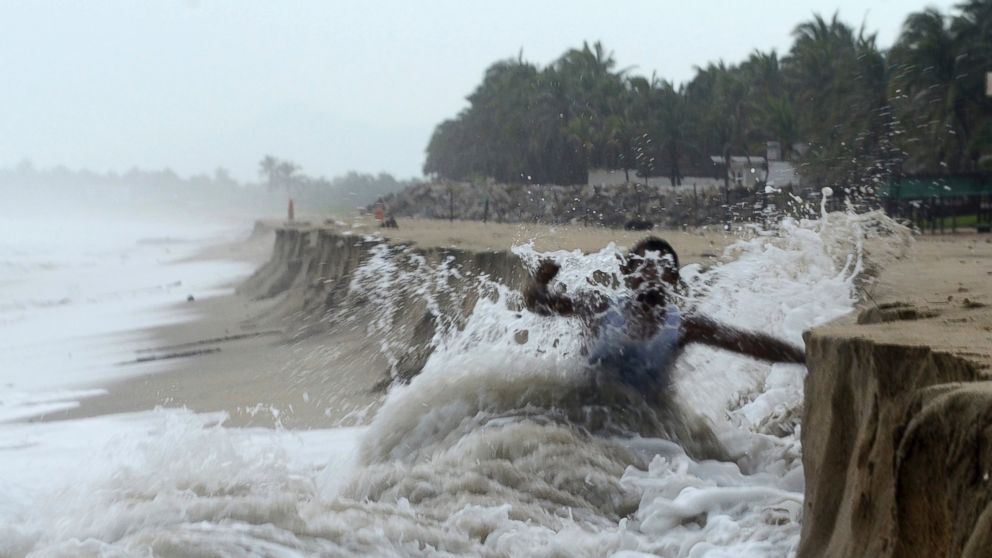 Hurricane Max hit Mexico’s southern Pacific coast as a Category 1 storm Thursday and was expected to move inland into Guerrero state, a region that includes the resort city of Acapulco.

The U.S. National Hurricane Center issued a hurricane warning for Max for the coastline between Zihuatanejo and Punta Maldonado.

The center said Max should weaken as it moves over land but could bring “life-threatening flash floods and rainfall” to Guerrero and Oaxaca states.

Max had maximum sustained winds of 80 mph (130 kph), was located about 55 miles (90 kilometers) east-southeast of Acapulco and was heading toward the east at 8 mph (13 kph), the hurricane center reported.

The area where Max is making landfall is a sparsely populated area dotted with fishing villages.

Acapulco, about 30 miles (60 kilometers) from where the hurricane made landfall, was hit by strong winds and rain that blew down some branches on the city’s coastal boulevard.

Also Thursday, Tropical Storm Norma formed farther out to the west in the Pacific and was expected to strengthen and head toward the resort-studded Baja California Peninsula.

Norma was located about 360 miles (580 kilometers) south of the twin resorts of Los Cabos at the peninsula’s southern tip.

The storm had winds of 45 mph (75 kph) and was moving north at 6 mph (9 kph). On that track Norma could be at hurricane strength near Los Cabos by Sunday or Monday.