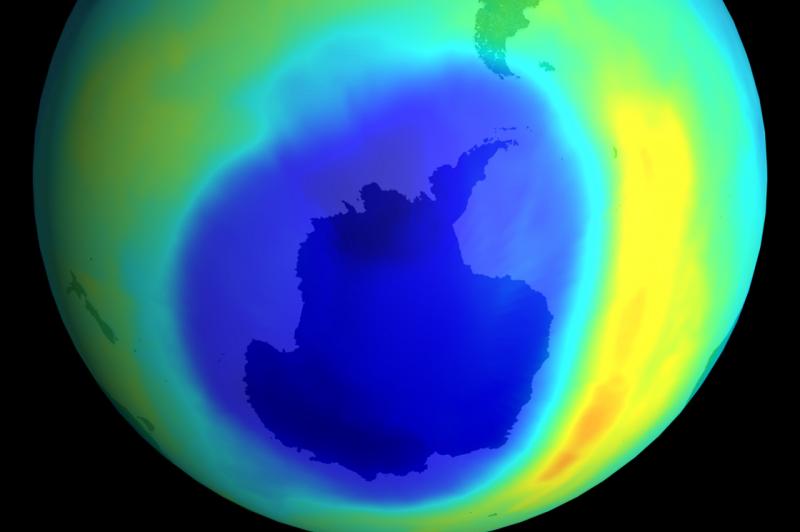 Nov. 8 (UPI) — Despite news reports of an improving ozone layer, uncertainty over the impacts of illegal chlorofluorocarbon emissions threatens to undermine the longterm success of the Montreal Protocol.

Earlier this week, the United Nations issued a press release confirming the Earth’s ozone layer continues to heal. The release called the news a “ray of hope” in the wake of urgent warnings about the risks of global warming.

But the report itself revealed serious concerns — concerns parties to the Montreal Protocol are discussing this week at meetings in Quito, Ecuador.

Last year, reports revealed a surprising uptick in CFC-11 emissions, an ozone-depleting gas banned under the Montreal Protocol. Followup investigations suggested the Chinese foam industry is responsible for the rise in CFC-11 emissions.

According to the latest United Nations report on ozone health, an ongoing increase in CFC-11 emissions could delay the full repair of the ozone hole between seven and 20 years.

Keith Weller, a spokesperson for UN Environment, told UPI that scientists with the UN and parties to the Montreal Protocol are very concerned about the reported rise in CFC-11 emissions.

“The estimated emissions of CFC-11 to the atmosphere are simply too high to be a result of regional illegal production alone,” Weller told UPI. “Meaning reports of production in East Asia are only part of the story. Which brings us to why the decision being considered here in Quito is so important.”

Government officials, environmental advocates and scientists are convened in Quito this week to discuss ways to address rising CFC-11 emissions.

“I’m seeing firsthand how seriously this body, the UN, the delegates to the MOP, governments, scientists, NGOs, all of them, take this issue of increased CFC emissions,” Stephen Montzka, a scientist with NOAA and an attendee at this week’s meetings, told UPI.

“Many here say that this finding, and this issue in general, pose a substantial challenge to the institution of the Montreal Protocol and the means by which that Protocol’s controls and mechanisms had intended to ensure ozone recovery,” Montzka said. “We were able to identify the issue in its early stages, fortunately. If they cease soon they will have a minimal influence on the ozone layer.”

Weller hopes the week’s meetings and the adoption of the proposed Kigali Amendment will address the problem of illegal CFC emissions in Asia.

“If approved, [the amendment] gives the Protocol a mandate to undertake what is needed most: A complete scientific investigation, bringing all resources of the parties to bear, including new requirements for reporting at the national level and a global review of enforcement measures,” Weller said.

The Montreal Protocol made two decades of ozone healing possible, but the urgency of this week’s meetings suggests its longterm success is no longer a given.

According to Montzka, the important of the findings of illegal CFC-11 emission was never really about the impact of new CFC emissions on the ozone.

“It is more about what it implies for the Montreal Protocol, its mechanisms to ensure compliance, and how that compliance can be ensured moving forward in the future,” he said.