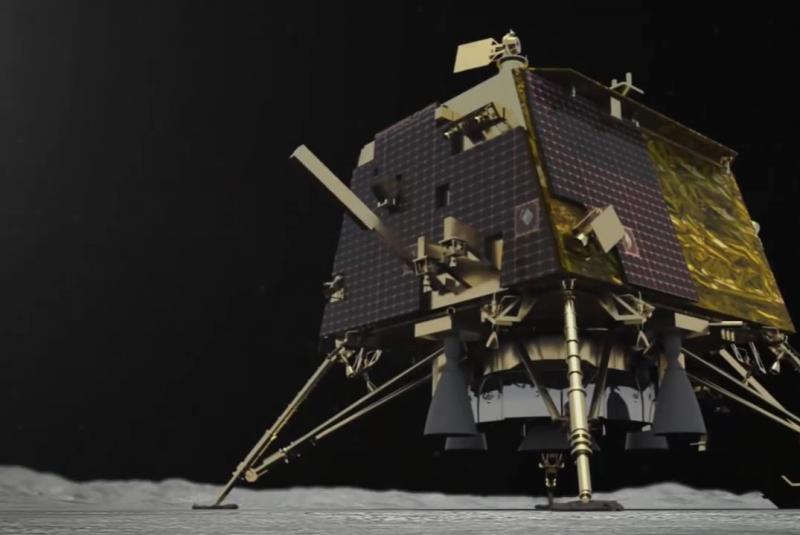 Sept. 8 (UPI) — India’s lunar lander has been found on the surface of the moon after going silent moment before it was scheduled for a soft landing, the Indian Space Research Organization said Sunday.

The agency has not been able to contact Vikram, which was supposed to land on the moon’s south pole Saturday.

Chandrayaan-2 orbiter, which is is revolving around the moon, shot a thermal image of the Vikram lander. Its condition wasn’t known, ISRO chief K Sivan told India Today TV.

India Today TV reported the Chandrayaan-2 team will investigate final emissions and signals to find out why communication loss with Vikram lander.

“We are trying to establish a contact,” Sivan told ANI. “It will be communicated soon.”

He added it would be “premature to say anything” about the status of the lander.

Vikram had been descending for 12 minutes and was 1.3 miles above the surface when it lost contact with the ground station at ISRO headquarters in Bengaluru. It was to have landed at 1:55 a.m. Saturday.

Last Monday, the lander separated from the orbiter.

The spacecraft took off from the Satish Dhawan Space Center in Sriharikota on July 22. After revolving around the Earth for nearly 23 days, the craft began its journey to the moon.

Three other nations have landed on the moon: the United Sates, Soviet Union and China.

Israel’s Beresheet 1, the world’s first privately funded moon lander, crashed into the moon while attempting a landing in April. Billionaire Morris Kahn has announced plans for a second attempt to successfully land a spacecraft, Beresheet 2, on the moon for Israel but the project might take two years.

In January, China landed the first craft, Chang’e-4, on the far side of the moon for the first time.

India was attempting to become the first to land a craft close to the lunar south pole. In addition, the lander was supposed to release Pragyan, the mission’s rover.

The landing attempt was streamed live online by ISRO and National Geographic.

The mission’s lander is named for Vikram Sarabhai, considered the father of India’s space agency and an important figure in the development modern science, physical research and atomic energy. Sarabhai died in a plane crash in 1966.