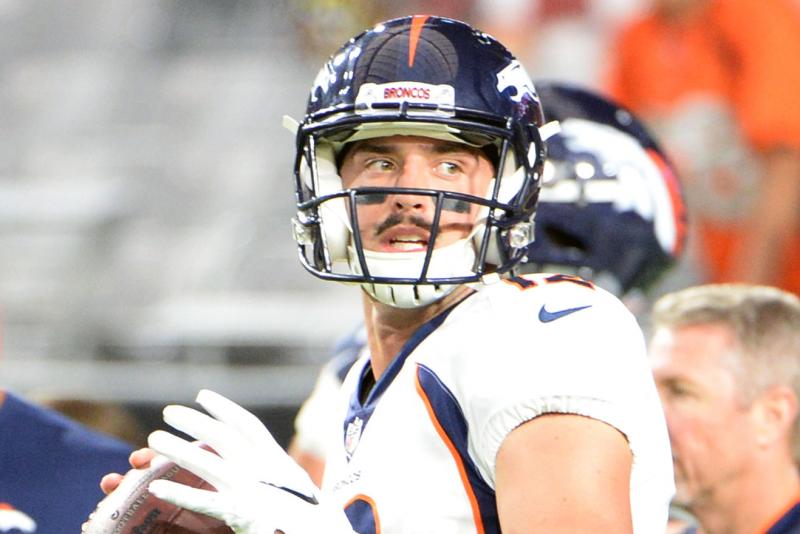 Indianapolis is having rookie camp from Friday through Sunday. Kelly was at the camp Friday on a tryout basis.

Kelly — the nephew of Hall of Famer Jim Kelly — was a seventh-round pick by the Denver Broncos in the 2017 NFL Draft. He didn’t take a snap during his rookie campaign, but had a successful 2018 preseason.

Kelly completed 66.7 percent of his throws for 466 yards, three scores and two touchdowns in four preseason appearances. He appeared in one regular season game last year for the Broncos, taking a knee for a one-yard loss.

The Broncos released Kelly after he was arrested for trespassing in October.

The 25-year-old completed 63.9 percent of his throws for 6,858 yards, 50 touchdowns and 21 interceptions in 27 games during his collegiate career. He played at Clemson for one season before leaving for Ole Miss.