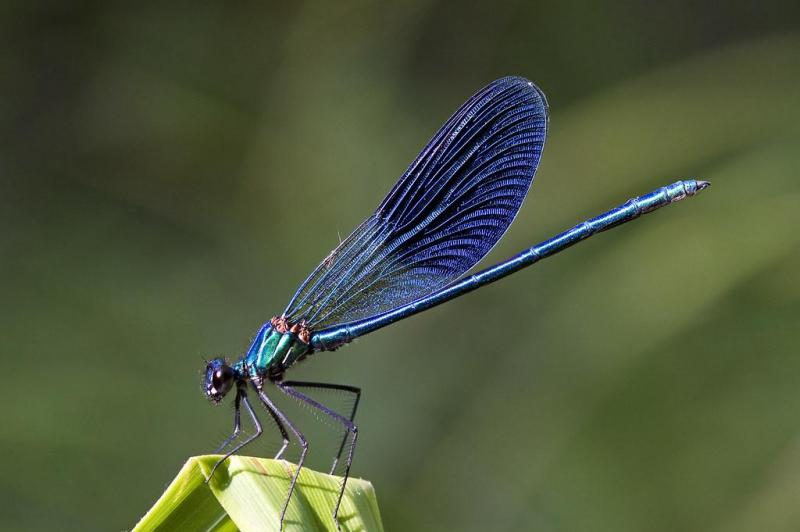 July 5 (UPI) — New research suggests damselflies are being harmed by thiacloprid, a common neonicotinoid insecticide used by farmers to kill aphids and whiteflies.

When researchers first began testing the efficacy and safety of neonicotinoids, insecticides synthetically derived from nicotine, they determined the chemicals only harmed insects that actually ate the sprayed crops. Thus, only the targeted pests would be killed.

But over the last decade, dozens have studies have shown this assumption to be false and identified neonicotinoid exposure as the primary driver of colony collapse disorder and the decline of honey bees all over the world.

The latest study, published this week in the Journal of Applied Ecology, suggests other bystanders are also being negatively affected, including damselflies — insects that look like dragonflies but with slimmer bodies. The new research suggests any insects that eat the nectar and collect the pollen of sprayed crops could be negatively affected by neonicotinoids.

Most investigations of neonicotinoids rely on simulated conditions inside laboratories. Researchers in the Netherlands wanted to test the effects of thiacloprid in fields.

“The impact of this substance on insects under natural conditions was as yet unknown,” Henrik Barmentlo, a doctoral student at Leiden University’s Institute of Environmental Sciences in the Netherlands, said in a news release.

Researchers determined insects that were left to forage for their own food were more negatively impacted by the insecticides than damselflies that were fed.

“This shows the importance of field realism,” Barmentlo said. “In the lab, the insects receive high-quality food, but in a natural situation this is not always available. As a result, the susceptibility to insecticides in nature can be much higher.”

Barmentlo and his colleagues warned that stronger neonicotinoid regulations are needed to ensure exposure doesn’t cause pollinating insects like damselflies to go extinct.