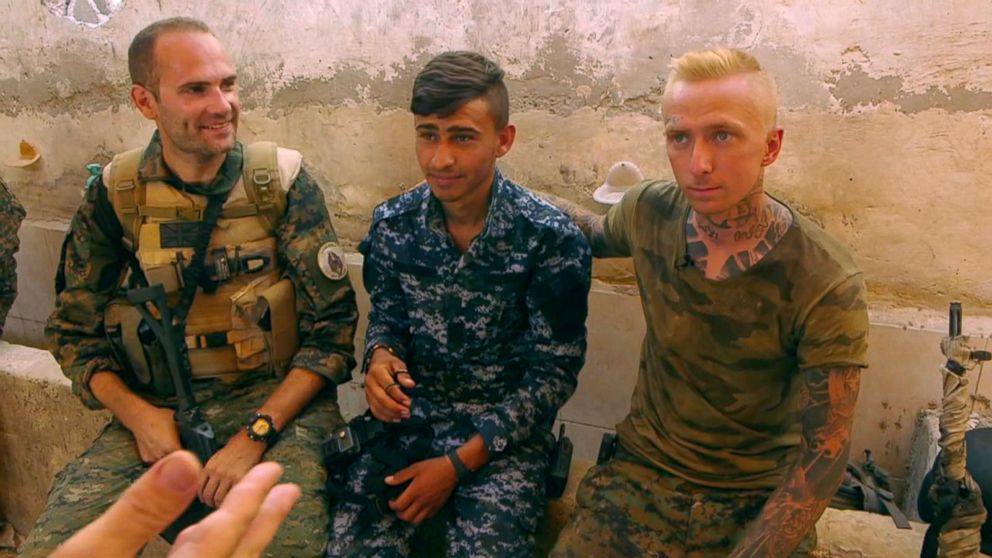 A formerly ISIS-occupied building in Raqqa, Syria, sheds light on the pressures its militants face as the U.S.-led coalition attempts to retake the war-ravaged city.

ABC News ventured into the building in the western suburbs of Raqqa that had been in the hands of ISIS just days before, where there was evidence of drug abuse on the grounds.

The ground of an outdoor area of the home was littered with syringes, vials and packages for Oxycodone. One of the vials had a label for Diazepam, which is typically used to treat anxiety, panic attacks, seizures and muscle spasms.

The drugs possibly indicate that ISIS fighters faced such intense pressure that they felt the need to self-medicate, whether to calm themselves or, perhaps, relieve pain.

ISIS fighters in Raqqa and throughout the region are in a struggle to the death against U.S.-led coalition forces and local allies who have provided the boots on the ground to fight street by street against the militants. ISIS is estimated to have lost tens of thousands of fighters and thousands of square miles of land they once controlled in Iraq and Syria, but it will continue to present a significant threat to America, Europe, the Middle East and beyond.

This particular building, which is in relatively fair condition given the war-torn circumstances, seems to have been used by ISIS as a mosque, although apparently not before the terrorist group occupied it.

It bore hallmarks of ISIS occupation, including dark stains on the ground that appear to be blood, windows that had been shot through and a sniper hole.

Graffiti on the walls featured multiple ISIS flags, writing referring to various ISIS brigades, talk of supporting Palestinians and an excerpt of poetry.

Shreds of clothing and a burned propaganda pamphlet were found in another room.

Blocks away from the building, the battle with ISIS continues as the coalition — made of both U.S.-led and Syrian Democratic Forces fighters — moves in on Raqqa from all sides and pushes toward the city’s center.

Raqqa is the de facto capital of ISIS and holds a particular degree of significance to the terror group because it is the first city ISIS seized in 2014 during its rapid accumulation of ground in 2014.