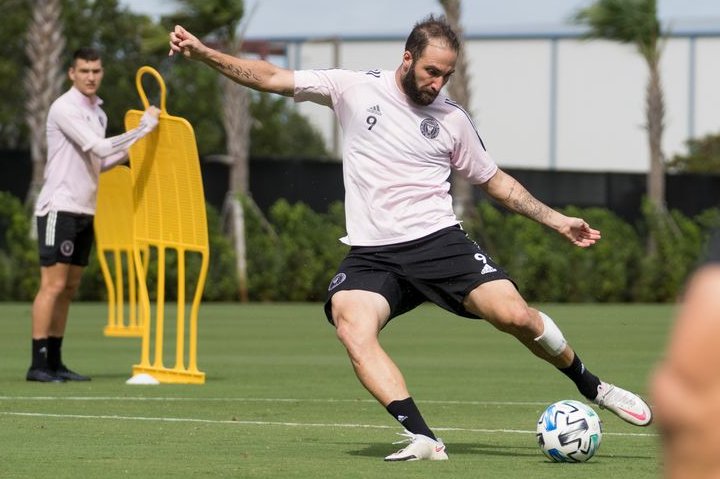 Nov. 20 (UPI) — Inter Miami CF will be without striker Gonzalo Higuain and defender Leandro Gonzalez Pirez for their MLS Cup Playoffs play-in game against Nashville SC on Friday due to a COVID-19 outbreak on the team.

The team confirmed to the Miami Herald, ESPN and the South Florida Sun-Sentinel on Friday that three Inter Miami players were not “medically cleared” — the same language MLS clubs have used on injury reports for players who test positive for COVID-19.

League sources told the Herald and ESPN that Gonzalez Pirez, Gonzalo Higuain, and his brother, Leandro Higuain, were the players not cleared to play.

The game — scheduled for 9 p.m. EST in Nashville — is still expected to be played as scheduled.

Gonzalez Pirez has two goals and an assists in 16 starts this season. Gonzalo Higuain — who has played at Real Madrid and Juventus — has one goal and two assists in nine matches since he joined Inter Miami in September.

Federico Higuain has yet to register an assist or a score in four games since he joined the team in an October trade from D.C. United.

The MLS Cup Playoffs continue with two games Saturday before three more games on Sunday. The first round ends Tuesday before the Nov. 29 to Dec. 2 conference semifinals.

Four teams then will move on to play the respective conference finals on Dec. 6 before the Dec. 12 championship game.