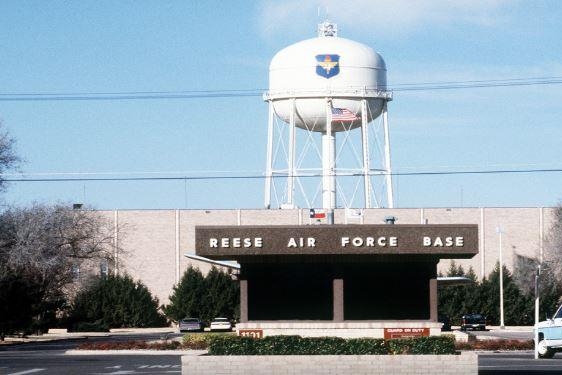 July 31 (UPI) — Investigative field work began on contaminants in the groundwater of the former Reese Air Base, Texas, the U.S. Air Force said.

The base near Lubbock was closed in 1997 after a 50-year history. Like most U.S. air bases, it had relied since 1970 on foam, to put out fires, containing per- and polyfluoroalkyl substances [PFAS] regarded as hazardous materials. Repeated use of the foam led to contaminants seeping into groundwater.

Research has linked PFAS to kidney cancer, testicular cancer, and endocrine disruption. Unusual clusters of serious medical effects in communities with heavily PFAS-contaminated water, many near military bases, have been discovered.

The investigation was announced by the Air Force in a statement on Thursday.

“We didn’t do this in neglect or violation of environmental laws,” said Stephen TerMaath, chief of the Air Force Base Realignment and Closure Program Management Division. “For a lot of years we all understood this to be a safe product and used it in accordance with the manufacturer’s instructions.”

“Now, with the TCEQ’s [Texas Commission on Environmental Quality] issuance of Protective Concentration Levels for 16 PFAS chemicals, the Air Force is taking aggressive measures to ensure the community has safe drinking water, and find long-term solutions to the contamination,” TerMaath said.

The installation, in the next six weeks, of 25 monitoring wells in a 12 square-mile area near the former base is designed to provide a better understanding of water source areas and water migration.

The Pentagon has identified 401 active and former military installations with known or suspected contamination. A 2019 bill requiring federal regulation the cleanup of PFAS on military bases was unsuccessful, leaving the matter to the states.

Quibi: Why did the video app go so wrong?

Rocks from an asteroid set for delivery to Earth

Backstage With… Viggo Mortensen on his directorial debut

How Conor McGregor’s relationship with Dana White deteriorated from the Khabib bus incident, to UFC 229 brawl and breaking ‘man code’