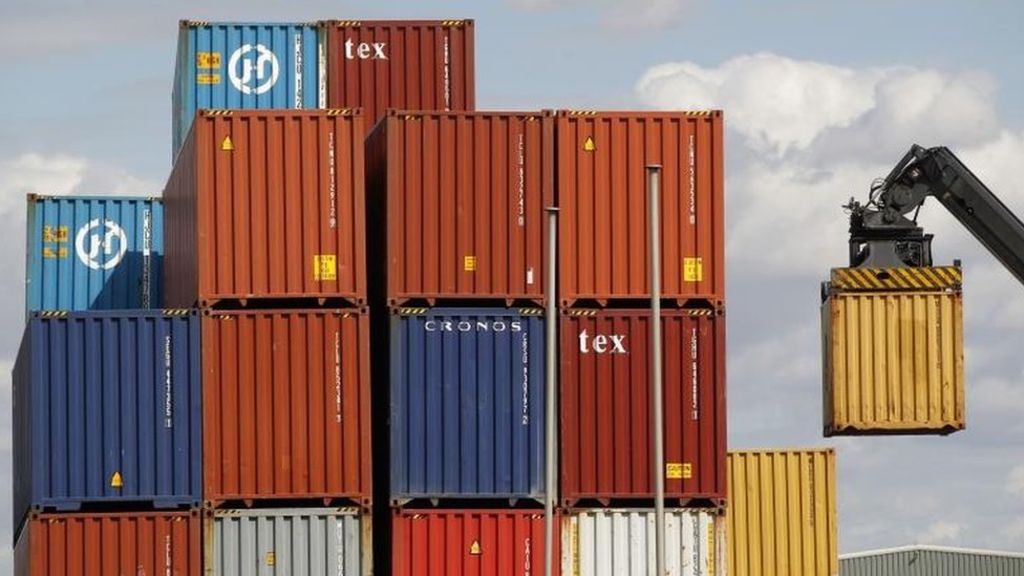 A think tank is proposing a post-Brexit trading deal based on the UK and the EU sharing each other’s markets.

It would see the UK and EU continuing the regulatory alignment that exists today, and the formation of a new customs union similar to the existing one, the centre-left IPPR said.

It would allow tariff-free trade, and the UK to benefit from EU trade deals.

The group said that the EU would also benefit from the scale of the UK’s economy in future trade negotiations.

The proposal would mean no interruption to the UK’s trade with the EU and avoid a hard border between Northern Ireland and the Republic of Ireland, the report says.

Reality Check: Where next for Brexit talks?

The think tank says the plan is more ambitious than that demanded by Remain campaigners for the UK to enter the European Economic Area (EEA).

The shared market would include agriculture, fisheries and a customs union, and thereby eliminate the need for customs and compliance checks that exist between EEA countries and the EU. It cited the number of border checks between Norway and Sweden – about 229,000 in 2016 alone.

It says the shared market approach would address a key demand from Leave campaigners on national sovereignty. “It does this by allowing for the possibility of divergence over time – with clear and proportionate consequences for doing so – through a mechanism called ‘reverse accession’,” the report said.

Mr Kibasi, author of the report, added: “The shared market is a practical proposal that honours the referendum result while securing our economic interests. It is neither remaining in the EU nor crashing out in a hard Brexit.

The report also addresses the jurisdiction of the European Court of Justice which would cease after the transition.

In the shared market model, enforcement and adjudication would be carried out by a new UK surveillance authority and UK Court of Justice, which would include representatives from both the UK and the EU.