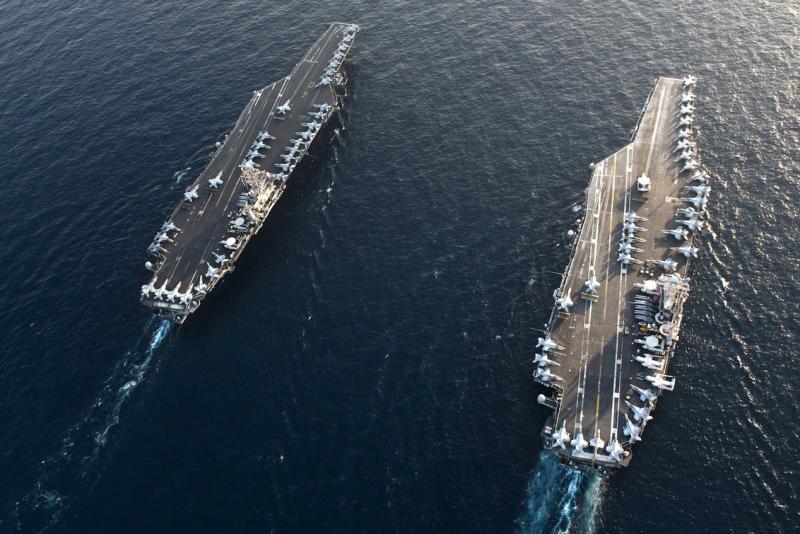 May 14 (UPI) — Iran’s ambassador to Britain accused the United States of dragging Iran “into an unnecessary war” Tuesday, though both U.S. Secretary of State Mike Pompeo and Iranian Supreme Leader Ayatollah Ali Khamenei both said they’re not seeking violence.

Tensions between the two countries have been ratcheting up in recent weeks after the United States imposed new sanctions on Iran and moved an aircraft carrier strike team, B-52 bombers and a Marine expeditionary unit to the Middle East.

Speaking to Sky News on Tuesday, Iranian Ambassador to Britain Hamid Baeidinejad said the U.S. deployments to the Persian Gulf were a “serious miscalculation.”

He said he believes President Donald Trump‘s closest advisers, like national security adviser John Bolton, are trying to pressure him into a confrontation that neither country wants.

Khamenei said that while he won’t renegotiate a nuclear deal with the United States, “we don’t seek a war, nor do they.”

The United States pulled out of the Joint Comprehensive Plan of Action — the so-called Iran nuclear deal — in May 2018, calling it “one of the worst deals in history. In addition to taking issue with the expiration of some of the deal’s restrictions after 10 to 15 years, the Trump administration accused Iran of being a bad actor regardless of any nuclear pursuits.

Pompeo, in Russia Tuesday to speak to Foreign Minister Sergei Lavrov, said the United States does not seek war with Iran.

“We have also made clear to the Iranians that if American interests are attacked, we will most certainly respond in an appropriate fashion,” Pompeo said.